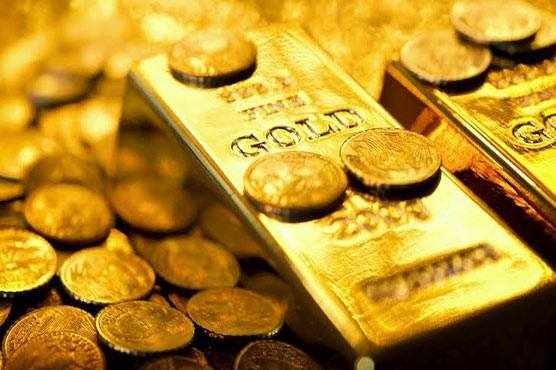 ISLAMABAD (City News) – In the light of the Financial Action Task Force (FATF) recommendations, the Presidential Tax Law (Second Amendment) Ordinance, 2019, has been issued to prevent the smuggling of currency and other valuables, which has been made applicable from Dec. 26, 2019.

Under the ordinance, strict penalties will be imposed on smuggling of foreign currency, gold and diamonds.

The government, through a presidential ordinance has introduced significant changes to tax laws to implement concessions promised to traders, reduce duty on import of low-value mobile phones, and penalise currency smugglers.

The 24-page ordinance was notified on Dec 28, but released to the media on Jan. 1 – the same day when the government convened sessions of the National Assembly and the Senate. The amendments will apply to income tax, sales tax and customs duty.

The ordinance has been issued in order to enable sharing of information between the Federal Board of Revenue (FBR) and Financial Monitoring Unit (FMU) to facilitate the latter to perform its functions as laid down in the Anti-Money Laundering Act, 2010, and to ensure compliance with the Financial Action Task Force regulations.

As per the details issued by the FBR, necessary amendments have been made under this Ordinance in Customs Act 1969, Income Tax Ordinance 2001, Federal Excise Act 2005 and General Sales Tax Act 1990. The ordinance has prohibited carrying currency more than $10,000 and has ordered confiscating the amount being carried more than that, and the imposition of penalty according to the value of the currency.

To penalise persons found illegally carrying foreign currency ranging between $10,000 and $200,000 or above, varying degrees of penalties have been proposed, from a mere fine to imprisonment of up to 14 years.

Carrying precious metals, gold more than 15 tolas, silver, diamonds and jewelry has also been prohibited, and if caught in smuggling, not only the valuable(s) will be confiscated by the authorities but fine equal to the value of the object being smuggled will be imposed.

To penalise individuals found illegally carrying gold ranging between 16 and 500 tolas or above, varying degrees of penalties have been proposed, from a mere fine to imprisonment of up to 14 years.

Traders being individuals and having a turnover up to Rs100m will not be required to act as a withholding agent under Section 153 of the ordinance. The condition to qualify for a Tier-1 retailer has been amended so as to increase the threshold of electricity consumption from Rs600,000 to Rs1,200,000.

The government has introduced several amendments to the Income Tax Ordinance for encouraging investment in the local debt market and simplifying the tax regime for non-resident companies.

As the deadline given to Pakistan by the Paris-based Financial Action Task Force (FATF) expires by February 2020 to swiftly complete its full action plan for exiting the “grey list” approaches, the government has tightened its measures for curbing currency smuggling.

The purpose of the law is to curb smuggling through cash couriers as it one of the requirements of the FATF.

Importantly, the government is required to respond to the FATF’s 150 comments and clarifications in all sectors which were sent to Pakistan by the global watchdog’s regional affiliate, the Asia Pacific Group, while responding to the country’s progress report in delivering its commitments to curb terror financing and money laundering.

Pakistan has also been asked to respond to measures taken to prevent currency smuggling in the FATF’s 150 comments and clarifications.

In the latest FATF review held in October, it was found that while Pakistan has made significant improvements, it will have to take “extra measures” for “complete” elimination of terror financing and money laundering. A reprieve until February 2020 has been given until when Pakistan will remain on the task force’s “grey list”.

In October, Pakistan escaped the FATF’s blacklist but got a warning and a four-month lifeline while the watchdog reviewed measures taken and progress made by almost 15 countries, including Pakistan, vis-a-vis anti-money laundering and combating financing of terrorism (AML/CFT). At the end of the meeting, three countries — Iceland, Mongolia and Zimbabwe — were added to the grey list, while Sri Lanka, Tunisia and Ethiopia were removed from the list as they have adequately complied with the FATF recommendations.

In the case of Pakistan, the global watchdog warned of “action” if significant and sustainable progress is not made across the full range of action plan by the next plenary scheduled for February 2020, a statement issued by the FATF had said.

The action, it had added, could include the FATF calling on its members and urging all jurisdictions to advise their financial institutions to give special attention to business relations and transactions with Pakistan.

“To date, Pakistan has only largely addressed five of 27 action items, with varying levels of progress made on the rest of the action plan,” the note further had said.

While noting recent improvements, the FATF again expressed serious concerns with the overall lack of progress by Pakistan to address its TF (terror financing) risks, including remaining deficiencies in demonstrating a sufficient understanding of Pakistan’s transnational TF risks, and more broadly, the country’s failure to complete its action plan in line with the agreed timelines and in the light of TF risks emanating from the jurisdiction.

The FATF places those countries on its grey list which are not taking measures to combat terror funding and money laundering. Placement on the grey list is a warning for a country that it may be put on the blacklist in case of its failure to take effective measures against money laundering and terror financing.

In 2012, Pakistan was placed on the grey list and remained till 2015. The country was put on the list again on June 29, 2018. Pakistan was given 15 months for implementation of the 27-point action plan, with a warning that in case of failure the country would be added to the blacklist — a list of the countries branded as uncooperative and tax havens for terror funding.

Quarterly assessments by the FATF of Pakistan’s progress continued over the course of the year 2019. Currently, only Iran and North Korea are on the blacklist.

The FATF is an intergovernmental organisation founded in 1989 on the initiative of the G7 to develop policies for combating money laundering. In 2001 its mandate was expanded to include terrorism financing. It monitors progress in implementing the FATF recommendations through mutual evaluations of member countries