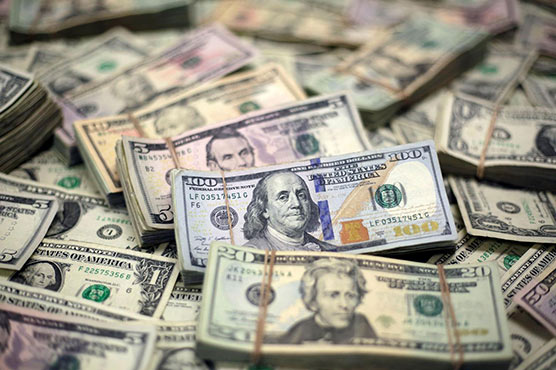 KARACHI (City News) – The Pakistani rupee on Thursday further appreciated against the U.S. dollar in the open and interbank markets by 10 paisa and 5 paisa, respectively.

The local currency traded at Rs154.90 in the open market, and Rs154.80 in the interbank market, according to updates available with the media.

The apparent change in the rate between the dollar and the rupee is due to the demand for the greenback that is falling owing to the decline in imports, whereas the increase in dollar from lending agencies and foreign investment in the government papers helped stabilise rupee-dollar parity.

Currency dealers foresee rupee to rise further in coming months in the wake of higher inflows of dollars and increased attraction of local currency.

Financial experts are of the view that despite the country’s foreign exchange have swelled, but that still does not meet the standards of the International Monetary Fund (IMF), which considers that the reserves of any country should be equal to imports for at least three months.

Currency dealers were of the opinion that the gradual appreciation of rupee helped stabilise exchange rate which remained range bound in the Rs155-156 bracket for the last few months.

Importantly, Moody’s Investors Service (“Moody’s”) had affirmed Pakistan’s local and foreign currency long-term issuer and senior unsecured debt ratings at B3 and changed the outlook to stable from negative.

According to a report which was issued by the bond credit rating business of Moody’s Corporation, “the change in outlook to stable is driven by Moody’s expectations that the balance of payments dynamics will continue to improve, supported by policy adjustments and currency flexibility.”

Moody’s had expected Pakistan’s current account deficit (CAD) to continue narrowing in the current and next fiscal year (ending June of each year), averaging around 2.2% of GDP, from more than 6% in fiscal 2018 (the year ending June 2018) and around 5% in fiscal 2019.

Moody’s had expected policy enhancements, including strengthened central bank independence and the commitment to currency flexibility, to support the reduction in external vulnerability risks.

The IMF programme, which commenced in July 2019, targets higher foreign exchange reserve levels and has unlocked significant external funding from multilateral partners including the Asian Development Bank and the World Bank.

Military moves in to help mass-scale evacuation from Australian bushfires