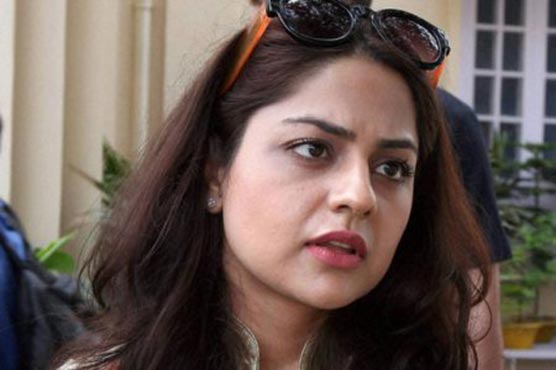 Srinagar (Web Desk): In occupied Kashmir, Iltija Mufti, the daughter of former puppet Chief Minister, Mehbooba Mufti, has been detained at her residence in Srinagar on Thursday.

She was trying to visit the grave of her grandfather, Mufti Mohammad Sayeed in South Kashmir.

“I was detained at my mother’s official residence, as I was trying to step outside,” she told Anadolu Agency.

“They did not let me come out of the house. They have been harassing me all these months. This time I told them I would not be taking this lying down,” she said.

Iltija hogged media limelight after she criticized the Indian government, which had put her mother and several of her party colleagues under detention, a day ahead Kashmir was stripped of its autonomy on Aug. 5.

She has been actively voicing her opinions on Twitter since then.

“I only wanted to visit my grandfather’s grave. They have been saying that everything is normal in Kashmir so why they are not letting me move around,” she said.

Her grandfather Mufti Mohammad Sayeed was also chief minister of Jammu and Kashmir twice from 2003-2005 and again from 2014-2016.