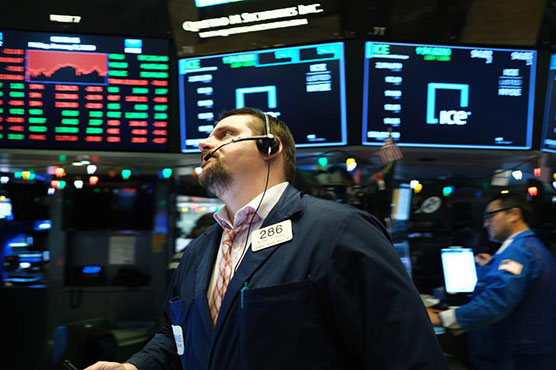 Most regional markets pulled back from session highs yet ended in the black, with most of them posting solid weekly
gains, as a steady growth in China’s production activity and its central bank announcing a cut in banks’ reserve ratio supported the mood.

Against the backdrop of a thaw in trade tensions between the United States and China, global markets had seen renewed
appetite for risk assets.

The Philippine index on Friday rebounded from previous session’s sharp decline to close at its highest in more
than a week, underpinned by industrial and consumer stocks. The index gained 0.3% for the week.

“The PSE has managed to bounce from yesterday mainly on bargain hunting after the first day slump,” said Nicholas
Antonio Mapa, senior economist at ING.

Thai shares closed flat after rising to their highest in more than five weeks.

Losses in industrial and healthcare stocks offset gains in energy shares that had rallied earlier in the day after the U.S.
airstrike stoked concerns about oil supply disruptions.

Airports of Thailand Pcl fell as much as 2% following brokerage Jefferies’ note that said it expected the
company’s domestic passengers growth to remain in a downward trend in 2020.

The Singapore index was dragged lower by financials, but the benchmark posted weekly gains of 0.3%.

DBS Group Holdings and Oversea-Chinese Banking Corp Ltd slid about 1% each after China’s Ant Financial, an affiliate of Alibaba Group Holdings, said it had joined the race for a digital banking licence in the city-state.
Malaysian equities ended 0.5% higher, lifted by healthcare and basic materials stocks, with the benchmark posting weekly gains of 0.1%.

Data showed that Malaysia’s exports dropped for the fourth straight month in November, contracting 5.5% from a year earlier, though slower than the 6.7% fall recorded in October.

Iran threatened to hit back hard after a U.S. air strike in Baghdad killed Soleimani, commander of Iran’s elite Quds Force and architect of its growing military influence in the Middle East.

Wall Street fell from a record high on Friday after a U.S. air strike in Iraq ratcheted up tensions in the Middle East, while a bigger-than-expected contraction in the U.S. manufacturing sector again fanned fears of slowing economic growth.

Demand for safe-haven assets soared as Iran vowed revenge for the killing of Qassem Soleimani, head of its elite Quds Force, in an air strike authorized by President Donald Trump.

The banks sub-sector dropped about 1% as the news sent benchmark U.S. bond yields to their lowest since Dec. 12. Eight of the 11 S&P 500 sectors were in the red, with only sectors considered defensive plays, such as real estate, trading higher.

“The sharp escalation in tensions related to the Middle East is certainly driving the trading narrative for U.S. stocks,” said Peter Kenny, founder of Kenny’s Commentary LLC in New York.

“Does it mean continued escalation in tension (and) will it end up derailing the U.S. equity rally? I don’t think so, but it’s worth considering.”

The three main stock indexes had closed at record highs on Thursday, as fresh monetary stimulus by China added to investor optimism over trade.

However, denting sentiment on Friday, data showed the U.S. manufacturing sector contracted in December by the most in more than a decade.

Safe-haven assets such as gold surged after the air strike, boosting shares of miners Newmont Goldcorp, Kirkland Lake Gold Ltd and Barrick Gold Corp between 0.3% and 0.8%.

Weapons makers Lockheed Martin Corp and Northrop Grumman Corp were the biggest boost to the S&P 500 index, gaining more than 4% after the air strike in Iraq.

The S&P index recorded 16 new 52-week highs and one new low, while the Nasdaq recorded 45 new highs and 10 new lows.