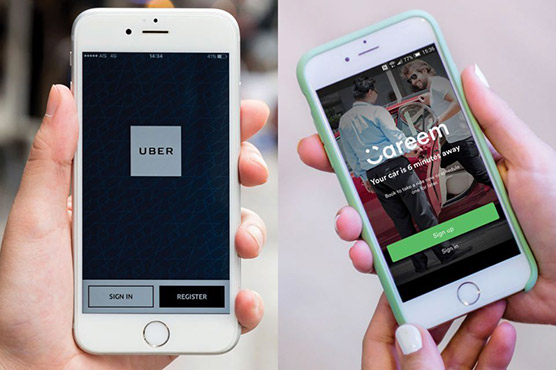 (Web Desk) – Uber has confirmed the official close of the acquisition of Careem for $3.1 billion, according to a press release from Uber on Friday.

“Careem Networks FZ-LLC has become a wholly-owned subsidiary of Uber, preserving its brand,” the statement said, adding that Careem co-founder and Chief Executive Officer (CEO) Mudassir Sheikha “will continue to lead the Careem business, which will report to a board made up of three representatives from Uber and two representatives from Careem”.

“The regulatory approval process in Pakistan, Qatar, and Morocco is ongoing and the transaction will not close in these territories until approvals from the legal authorities responsible are obtained,” said the statement.

Uber CEO Dara Khosrowshahi said: “I’m looking forward to seeing even more innovation from Careem, as they continue to operate independently under their current leadership. Working in parallel, our two platforms will be able to build upon the unique strengths of each, to the benefit of drivers, riders, and the cities we serve across the greater Middle East.”

“Today marks the beginning of a new chapter for Careem. The journey that we started almost a decade ago to simplify the lives of people in the greater Middle East is far from over. Joining forces with Uber accelerates that journey as we become the region’s everyday super app.”

“We are excited to take Careem to new heights alongside Uber, who appreciates the significant regional opportunity, is supportive of our values and culture, and believes in the purpose that drives us.”

Both companies believe that the acquisition will lend them the opportunity to “expand the variety and reliability of services offered through their applications”, said Uber in its statement.

In late December, Egyptian regulators approved the acquisition of Careem after agreeing to a set of commitments proposed by the U.S.-based ride-hailing service meant to reduce harm to competitors.

The Careem acquisition was announced in March after more than nine months of stop-start talks between the two companies, handing Uber a much-needed victory after a series of overseas divestments. Egypt, with a booming population seen swelling to 100 million, is the biggest in the Middle East for ridehailing services.

Careem has become a wholly owned subsidiary of Uber but will continue to operate as an independent brand with independent management.

“We welcome the decision by the Egyptian Competition Authority (ECA) to approve Uber’s pending acquisition of Careem,” a spokesman for Uber had said. “Uber and Careem joining forces will deliver exceptional outcomes for riders, drivers, and cities across Egypt.”

Under a series of commitments Uber has made to the ECA, the San Francisco-headquartered company had agreed to abandon exclusivity provisions with partners and intermediaries and reduce barriers to entry into the market.

The commitments must be adhered to for five years from the date the transaction closes, or when one or more ride-hailing providers achieves 20% of weekly rides individually or 30% collectively in overlapping areas excluding Cairo and Alexandria, Egypt’s biggest cities.

Excluding surge pricing and promotions, Uber will cap its yearly fare increases beyond inflationary costs at 10% for Uber X and Careem GO, the most popular services in Egypt.

Surge pricing, a mechanism that raises prices when demand far exceeds supply, will also be capped on Uber X and Careem GO at 2.5 times. Surge prices will be applied to a maximum of 30% of annual trips on the two services.