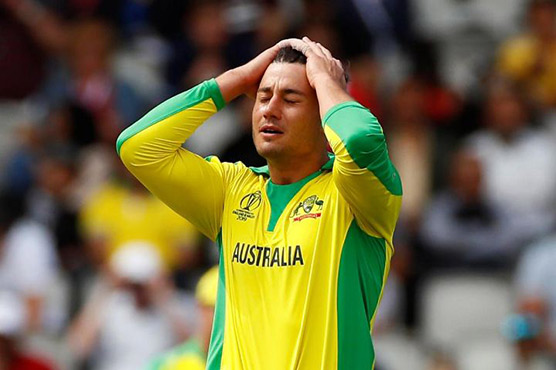 Stoinis apologised “unreservedly” for the abuse during the Melbourne derby between the Stars and Renegades teams.

“I got caught in the moment and took it too far,” the Melbourne Stars batsman said in a statement.

“I realised immediately I was in the wrong and I apologise to Kane and to the umpires.”I did the wrong thing and accept responsibility for my actions. The standards are there for a reason and I accept the penalty.”

Stoinis is the top scorer in this year’s Big Bash League with 281 runs but was dropped from the Australia squad for the this month’s one-day series in India. Paceman Richardson will tour.

Australia fast bowler James Pattinson missed the first test of the home season against Pakistan in November for personal abuse of an opponent while playing for Victoria in a Sheffield Shield match.

He received the one-match suspension because it was his third breach of the code of conduct inside 12 months.

Cricket Australia has cracked down on bad behaviour by its players since the ball-tampering scandal during a test against South Africa in 2018 led to one-year bans for then captain Steve Smith and vice-captain David Warner.

Work on Karak Oil Refinery to be started this year: CM Mahmood Khan