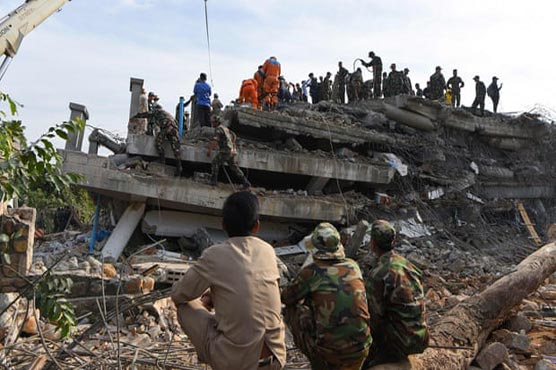 PHNOM PENH (Reuters) – At least 24 people were killed and 23 injured after a building in Cambodia collapsed, trapping workers under rubble, officials said on Sunday.

The seven-storey concrete building collapsed on Friday in the coastal town of Kep, about 160 km (100 miles) southwest of the capital Phnom Penh.

It came a year after another construction site collapsed, killing 28 people in Preah Sihanouk province.

“Twenty-four people have died so far,” Kep governor Ken Satha told Reuters. “Three of the bodies are not yet at hospital, they have not been pulled out yet.”

An unknown number of workers remained trapped, Satha said, adding that authorities had detained a Cambodian couple, the owners of the building, for questioning.

Prime Minister Hun Sen said on Saturday that rescuers were still struggling to reach those missing in the rubble.

Cambodia is undergoing a construction boom to serve growing crowds of Chinese tourists and investors.