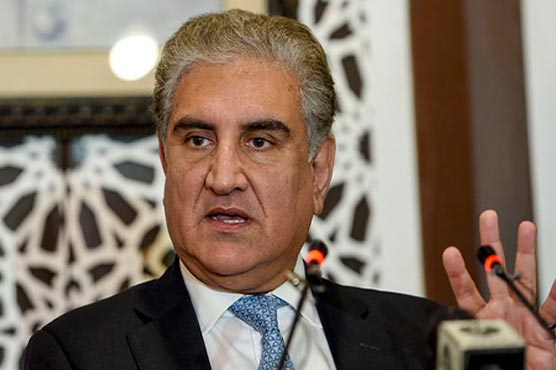 ISLAMABAD (City News) – Foreign Minister Shah Mahmood Qureshi on Sunday has said that India’s illegal and unilateral actions of 5 August last year are aimed at altering the disputed status of occupied Kashmir and bringing about demographic change to undermine the right to self-determination of Kashmiris have been widely rejected.

In a message on Right to Self-Determination Day being observed today (Sunday), the minister said that India’s unrestrained oppression has reached unprecedented levels with the inhuman lockdown now in place for over 150 days.

He said each additional second on the curfew clock is a burden on the world’s collective conscience.

He said the international community must act in support of the fundamental freedoms and basic human rights of Kashmiris and urge India to allow the UN Fact Finding Mission to Occupied Kashmir to ascertain the reports of grave human rights violations there.

Meanwhile, President Arif Alvi said that the people of occupied Kashmir are being subjected to collective punishment by Indian occupation forces who have converted the territory into the largest militarized zone in the world.

He said the current situation in occupied Kashmir is the worst in recent history where people have been deprived of their fundamental rights, including right to life, food, health, freedom of expression and assembly.

The president said more than 150 days of lockdown and absence of fundamental freedoms have challenged the conscience of international community and India’s credentials of being a respectable member of the comity of nations.