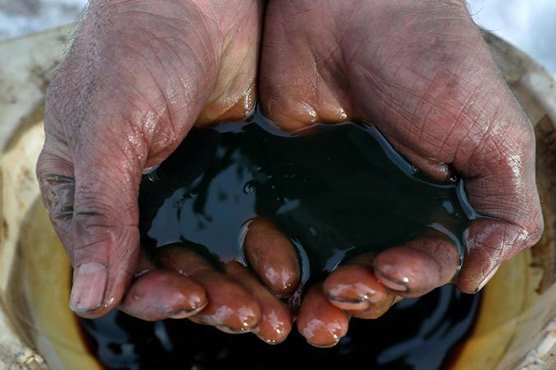 Oil back on the boil

(Reuters) – Geopolitics is back in the driving seat. The U.S. killing of a top Iranian commander has doused the nascent New Year rally and delivered a $3 boost for oil prices on fears that any violent retaliation from Tehran would disrupt energy supplies.

Brent crude futures have actually only risen to their highest since mid-September, when an attack on Saudi Arabian crude facilities sparked the biggest price jump in more than 30 years. Whether oil markets calm down and stocks resume their climb hinges on what happens next.

September’s oil price spike was short lived as Riyadh didn’t respond to the attacks, which the U.S. blamed on Iran and which Iran in turn denied. However, if Iran fulfils its threat of “severe retaliation” over the killing of General Qassem Soleimani it could well magnify market moves.

FOR BONDS, NO TIME TO DIE

The ructions in the Middle East are a reminder of how hard it will be to kill off a near four-decade-long bull market.

Global bonds had a tepid start to 2020 following a year when U.S. and German borrowing costs posted their biggest annual falls in five years. With a resolution to the U.S.-China trade spat in sight and recession risks receding, super-low bond yields no longer seemed justified. German 10-year government bond yields touched seven-month highs on the first trading day of the new year, while 15-year yields briefly edged above 0% for the first time since July. The U.S. yield curve — a classic indicator of recession risk — is near its steepest levels since October.

Upcoming readings of euro zone inflation and U.S. employment could encourage further bond selling, should they beat forecasts, but most still think it’s too early to call time on the rally. For all the talk that sovereign bonds are expensive, many investors are still clearly sticking with them.

Friday brings the first U.S. jobs release of the decade. While it will be hard to beat the 2010s for growth and equity gains, the December 2019 figures could extend year-end bullishness and amplify campaign braggadocio from President Donald Trump.

Leading up to November’s election, he seems to have little to worry about on the economic front. November’s 3.5% jobless rate was the lowest in half a century and the 266,000 jobs added were the most in 10 months. Last month’s hiring is forecast to have eased to 165,000, still well above the 100,000-a-month rate needed to keep up with growth in the working age population.

The labour picture suggests Trump’s trade war with China has not had much impact on the broader economy, which clipped along at a 2.1% pace in the third quarter. Manufacturing hiring did take a hit but hopes are high for a Phase 1 trade deal on January 15. If payroll numbers meet or beat expectations, Trump won’t miss an opportunity to repeat tweet “JOBS, JOBS, JOBS.”

For some, the New Year brings fresh resolutions, for Britain’s parliament it brings back a Brexit withdrawal bill. Lawmakers reconvene on Jan 7 and will debate the divorce deal Prime Minister Boris Johnson has agreed with Brussels. The bill goes to parliament’s upper house on Thursday and should allow Johnson to fulfil his pledge to “get Brexit done” by Jan. 31.

But the no-deal Brexit concerns that weighed on UK markets in 2019 haven’t dissipated and sterling is back below $1.31, from December highs above $1.35. Once parliament approves the agreement, the clock starts ticking on Britain’s future trade relationship with the EU. If an agreement isn’t reached by end-2020, the outcome may yet be that Britain is cut loose without trade arrangements in place.

However, with one Brexit step likely taken by the end of the month, sterling could react more than last year to economic data. Reuters polls predict the final reading of December’s UK services activity on Monday will reveal a slight uptick though stay in contraction territory below 50. House price data on Wednesday could also offer clues on Britons’ willingness to splash out on property now that there is a bit more Brexit clarity.

THE TRADE WALL OF CHINA

Nearly two years of brinkmanship, stop-start negotiations and tit-for-tat tariffs could end on Jan. 15, the date that President Trump says will see Beijing and Washington ink a Phase 1 trade deal. But China’s leadership has kept schtum on the subject and investors don’t know for sure what the deal text will actually say, keeping global markets on edge.

In recent days, Chinese markets have basked in the afterglow of upbeat retail sales data, solid manufacturing gauges and fresh stimulus measures with the central bank slashing banks’ reserve ratio requirements. But what next? Services PMIs published on Monday will be crucial, as will Thursday’s inflation figures. Tuesday will bring data on central bank reserves, indicating whether Beijing’s $3 trillion war chest is growing or diminishing.

Neutral pronoun ‘they’ chosen as word of the decade