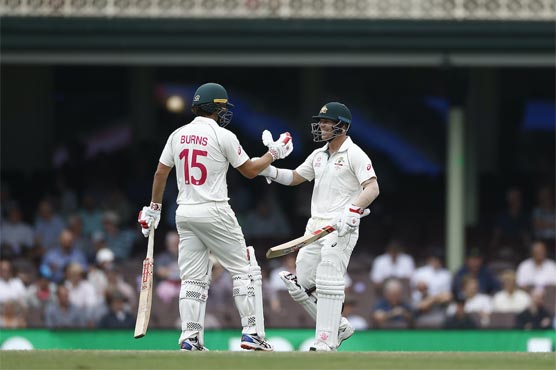 SYDNEY (AFP) – Australia declared their second innings at 217 for two on Monday, leaving New Zealand the improbable task of scoring 416 runs for victory in the third Test.

Skipper Tim Paine called a halt to his team’s innings in Sydney after the dismissal of Marnus Labuschagne for 59.

David Warner remained unbeaten on 111 for his 24th Test century.

New Zealand’s target was reduced by five runs after Warner was penalised for running on the pitch when scampering for a quick single.

The Black Caps have only passed 200 runs once in the three-Test series and Australia have four-and-a-half sessions to bowl the Kiwis out.

The Australians are chasing a series clean-sweep after winning the opening two Tests.