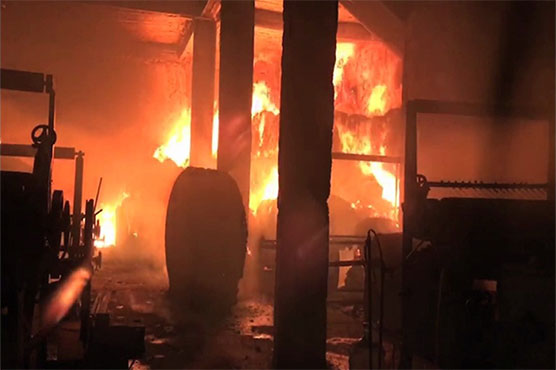 KARACHI (City News) – Fire broke out at a Cardboard factory situated in Bhangoria Goth area of Karachi which spread and engulfed the machinery and cardboard in the factory very quickly,

Three fire brigade vehicles and rescue teams reached the spot after getting information and brought the fire under control after an effort of one hour. According to rescue sources the cause of fire is not yet known.

Rescue sources said that no casualty was reported in the incident, however, cardboard and other valuables worth million of rupees were reduced to ashes by the fire.

CNG stations across Sindh shut down for next 36 hours again