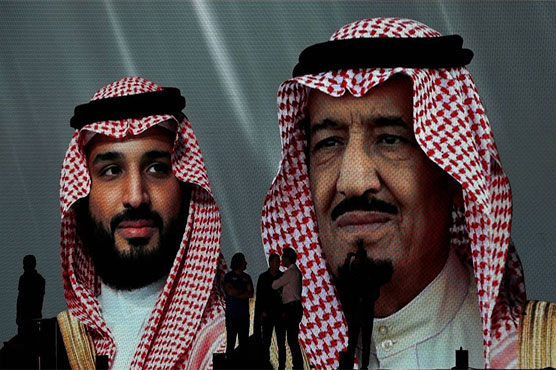 Saudi ‘not consulted’ over US strike that killed Iran general

RIYADH (AFP) – Saudi Arabia was not consulted by its ally Washington over a US drone strike that killed a top Iranian general, an official said Sunday, as the kingdom sought to defuse soaring regional tensions.

“The kingdom of Saudi Arabia was not consulted regarding the US strike,” a Saudi official told AFP, requesting anonymity.

“In light of the rapid developments, the kingdom stresses the importance of exercising restraint to guard against all acts that may lead to escalation, with severe consequences,” the official added.

Saudi Arabia s foreign ministry made a similar call for restraint at the weekend and King Salman emphasised the need for measures to defuse tensions in a phone call on Saturday with Iraqi President Barham Saleh.

The crown prince has instructed Prince Khalid bin Salman, his younger brother and deputy defence minister, to travel to Washington and London in the next few days to urge restraint, the pan-Arab Asharq al-Awsat newspaper reported.

The killing of Soleimani, seen as the second most powerful man in Iran, is the most dramatic escalation yet in spiralling tensions between Washington and Tehran and has prompted fears of a major conflagration in the Middle East.

US President Donald Trump, who ordered the drone strike, has warned that Washington will hit Iran “very fast and very hard” if the Islamic republic attacks American personnel or assets.

Saudi Arabia and the United Arab Emirates, both allies of Washington, are also vulnerable to Iranian counter strikes.

The American embassy in Riyadh on Sunday warned its citizens there was a “heightened risk of missile and drone attacks” close to military bases and energy facilities, particularly in the kingdom s oil-rich Eastern Province and areas near the Yemen border.

A string of attacks blamed on Iran has caused anxiety in recent months, as Riyadh and Washington deliberated over how to react.

Analysts warn that pro-Iran groups have the capacity to carry out attacks on US bases in Gulf states as well as against shipping in the Strait of Hormuz — the strategic waterway that Tehran could close at will.

“Expect Iranian reprisals (directly or through partner groups in Iraq, Lebanon or elsewhere) to target US partners in the region including Saudi Arabia,” said Thomas Juneau, an assistant professor at the University of Ottawa.

“Given the climate in the US, where support for Saudi in the media and Congress is at an all time low, it will be difficult for Trump to commit significant resources to come to its aid.”

“The aggression… will not go without a response,” said Huthi political council member Mohammed Al-Bukhaiti.

“How the response is going to be, when and where will be determined by Iraq and Iran, and we will stand with them as a hub for the resistance.”

It was unclear if the Huthi warning was directed in part at Saudi Arabia, which has stepped up efforts to end Yemen s conflict amid a lull in Huthi attacks on the kingdom.

Saudi military commanders recently met with counterparts from “friendly countries” to formulate a new strategy to tackle the Yemeni rebels, particularly those “opposing” a political solution, according to Asharq al-Awsat.

Riyadh has said it will host a separate meeting of foreign ministers of Arab and African coastal states on Monday.

Defiant Trump doubles down on threat to Iran cultural sites