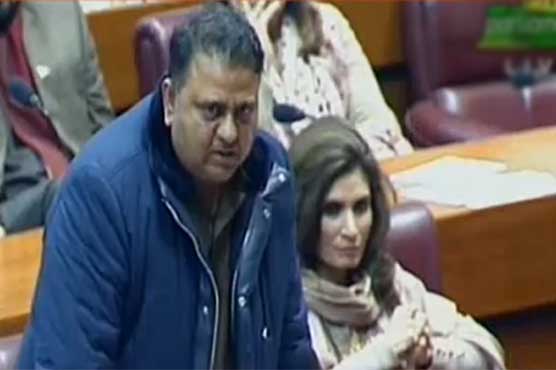 ISLAMABAD (City News) – Federal Minister for Science and Technology Fawad Chaudhry on Monday said that the people sitting in the parliament do have respect and media should not ignore ethics and morality for likes and ratings.

Speaking on the floor of the Lower House of the Parliament, he demanded the National Assembly Speaker Asad Qaiser to form a special committee to deal with such issues, adding that the government and opposition should jointly discuss the issue and devise a policy in this regard.

Fawad Ch said that news and rumors with regards to someone’s personal life and dignity should not be promoted without proper verification.

The minister said whenever the institutes are attacked or their officials become victims to mud-slinging, actions are taken promptly.