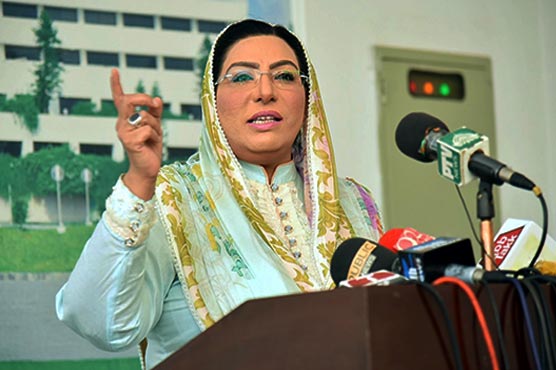 ISLAMABAD (City News) – Special Assistant to the Prime Minister on Information and Broadcasting, Dr. Firdous Ashiq Awan on Tuesday has said that mutual harmony is need of the hour in view of the prevailing situation in the region.

In a tweet, the special assistant said Pakistani nation has always overcome challenges through unity and solidarity.

She said the unanimous approval of Army Act bill by the standing committee on defense is a proof that we are all united for the country s interests.

Dr Firdous said unanimous stance of political parties on an important national issue is triumph of democracy and that protection of national security and interests is our foremost priority.

Earlier, the special assistant said that opposition had showed its national responsibility over the issue of bill regarding amendment in army act.