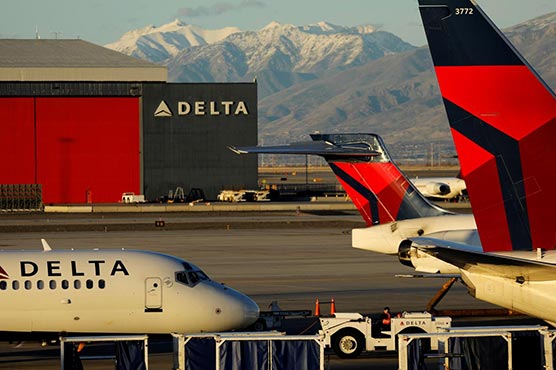 Delta wants to use tech to improve flying experience

LAS VEGAS (Reuters) – Delta Air Lines Chief Executive Ed Bastian said on Tuesday the company plans to use technology to shift employees away from rote tasks and improve the flying experience for passengers.

Bastian offered a litany of technology improvements aimed at improving the sometimes unpleasant experience of flying. He said Delta has invested billions in technology upgrades over the last five years, including real-time bag tracking.

“Our people should not be spending their time taking tickets and scanning boarding passes. They’re way too talented for that,” Bastian said at the CES technology forum in Las Vegas. He said the airline’s goal is to get “Delta people from out behind the counter so they can assist you, solve your problems in real time.”

Delta is working with start-up companies, including one company to keep airplane cabins clean that uses antimicrobial lights and another start-up to help transport and monitor pets.

Surveys show price is the top factor when most passengers buy tickets and as a result many airlines have increased charges for services that were previously included in the lowest ticket prices, like picking seats or carrying on a bag.

The Atlanta-based airline said it will launch “virtual queuing” later this month with its app “to notify customers when their seat – not just their flight – is boarding,” aimed at preventing lengthy lines.

Delta also wants passengers to be able to start a movie on one flight and pick up where they left off on the next flight. Delta will test a feature like a “binge button” that would allow a passenger to watch an entire session of a TV show and pilot a program that will recommend future viewing based on prior viewing behavior.

Bastian said research shows people are more likely to cry when watching a movie in the air versus on the ground because they are in an “elevated emotional state.” Delta said its research shows entertainment can play a key role in helping customers relax while traveling.

Delta also plans to test “do not disturb” or “wake me for meal service” features for coach passengers on some longer flights.