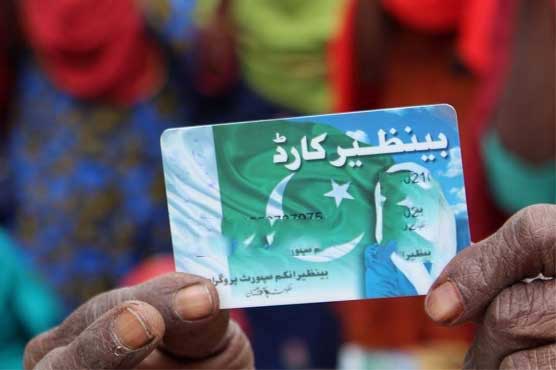 Grade 17-21 officers among beneficiaries of BISP

ISLAMABAD (City News) – Officers from grade 17 to 21 have been revealed to be among the beneficiaries of the Benazir Income Support Programme (BISP) as dozens of them had registered the names of their wives in the scheme.

According to details, 2,543 officers have been ousted from the BISP list. Officials from Balochistan and Sindh received highest amounts through the programme. 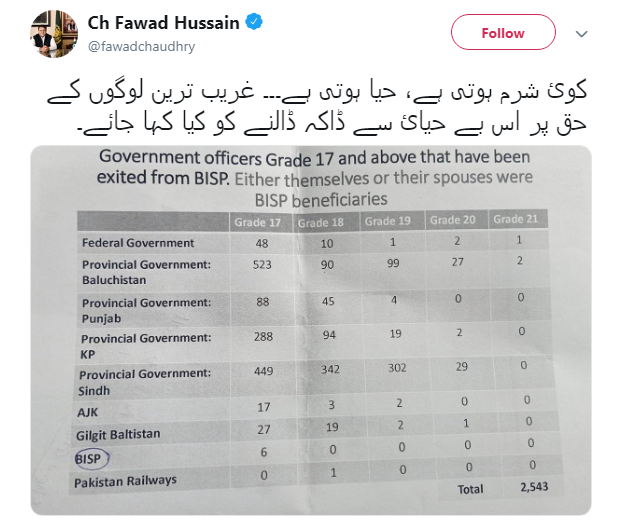 Federal Minister for Science and Technology Fawad Chaudhry bashed the responsible persons for looting the money belonging to the poor.
0 169
Share FacebookTwitterWhatsAppPinterestEmailFacebook MessengerTelegram