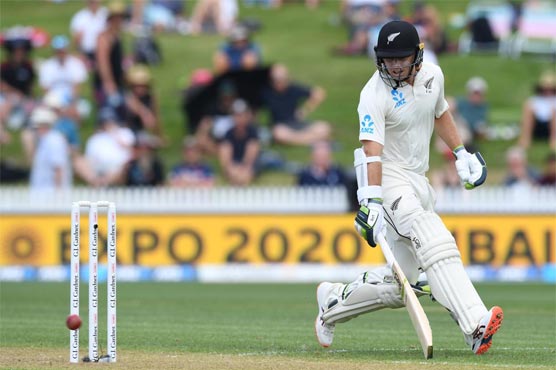 WELLINGTON (Reuters) – Tom Latham became the latest casualty from New Zealand’s poor cricket tour of Australia after X-rays confirmed the opening batsman broke a finger in the third test in Sydney, the team said on Wednesday.

The 27-year-old, who led the team in the absence of the ill Kane Williamson in the 279-run loss that completed a 3-0 series whitewash by the Australians, is expected to be out of action for four weeks.

New Zealand host India later this month in a Twenty20 series, but Latham was unlikely to make that squad anyway having not played a T20 international since 2017.

The team said in a statement they expected he would be fit for the three-match one-day series that starts in early February.

Latham was just one of three players to have broken bones on the tour, with opening bowler Trent Boult sustaining a fracture in his right hand during the second test in Melbourne.

Matt Henry, Boult’s replacement for the third game at the Sydney Cricket Ground, then broke his left thumb while fielding early on the first day.

Fast bowler Lockie Ferguson also broke down after bowling 11 overs with a calf strain in the first test in Perth and was ruled out of the remainder of the tour.

New Zealand coach Gary Stead said all of the injured or ill players were still recuperating but likely to be in contention to face India next month.

“Lockie Ferguson has returned to running and performing bowling drills,” Stead said in the statement, adding that he expected the fast bowler to play domestic cricket next month.

“Trent Boult has been resting his broken right-hand and will return to bowling later this week. He’ll be touch-and-go to be available for the Indian T20 series later this month.

“Matt Henry has had his broken left-thumb splinted and will require around a month for it to fully heal.”

The loss was New Zealand’s first whitewash in a three-match series in Australia and the team, riding high after a superb run over the last two years, have been heavily criticised on both sides of the Tasman Sea.

The team were described as “gutless” by Stuff Media columnist Mark Reason, while Australia’s Fox Sports’ Tom Morris hoped New Zealand did not return “until they can offer more of a contest”.