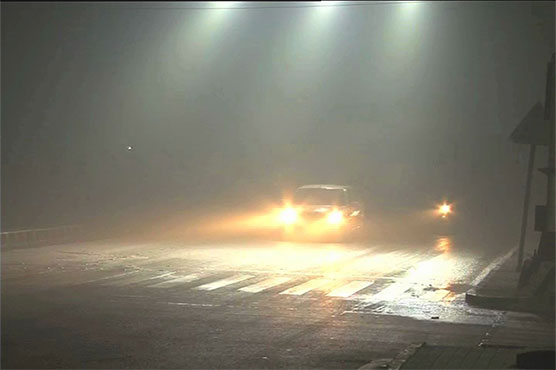 LAHORE (City News) – Dense fog again blanketed several cities of Punjab and Sindh on night between Wednesday and Thursday, paralysing routine life and badly disrupting the road traffic,
The Motorway sections from Multan to Rahim Yar Khan (M5) and Sher Shah Interchange to Sukkur (M5) have been shut down as visibility was down to zero metres due to dense fog.

Dense fog has also disrupted flow of traffic at the National Highway in Chichawatni, Mian Channu, Khanewal, Lodhran, Khanpur and other cities as visibility was very low.