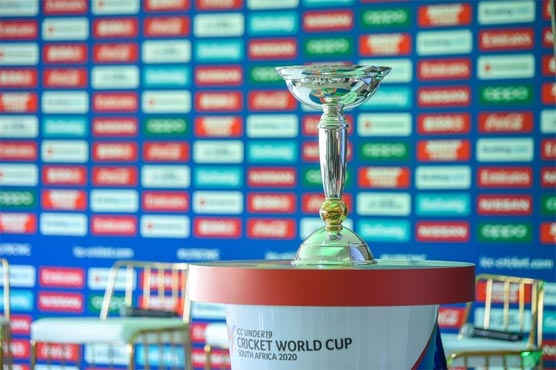 DUBAI (Web Desk) – The International Cricket Council announced the umpire and match referee appointments for the ICC U19 Cricket World Cup 2020, which will be staged in South Africa from 17 January to 9 February, said an official media release by the ICC.

Experienced umpires Wayne Knights and Ravindra Wimalasiri will take charge of the opening match of the ICC U19 Cricket World Cup after the officials for South Africa 2020 were confirmed.

New Zealand’s Knights and Wimalasiri of Sri Lanka – who have taken charge of 71 ODI and T20I matches between them – will officiate when hosts South Africa play Afghanistan in the Kimberley opener on January 17.

Rashid Riaz Waqar will be the TV umpire for the first of 48 games in the tournament, with a 19-strong team of match officials confirmed by the International Cricket Council.

Among those taking charge will be veteran Ian Gould, whose esteemed senior international career came to an end when he retired during the ICC Men’s Cricket World Cup 2019 on home soil.

The Englishman will join forces with Ahmad Shah Pakteen when India get the defence of their title underway against Sri Lanka in Bloemfontein, one of five group-stage matches he will officiate as on-field umpire.

In all, 16 umpires from 12 different countries will be on the field for five matches each in the first stage of the U19 World Cup, with eight also performing the role of TV umpire.

The list includes five umpires who looked after the 2019 ICC Men s T20 World Cup Qualifier late last year, including Sam Nogajski – who was on duty for the final between Papua New Guinea and Netherlands.

The Australian will take the reins for an historic occasion, with Japan playing their very first match in the ICC U19 Cricket World Cup when they face New Zealand in Potchefstroom. Iknow Chabi, of Zimbabwe, will join Nogajski out in the middle.

Nigeria will become the 31st different team to take part in the event when they face Australia, the second-most successful side since the competition first began in 1988 as the Youth Cricket World Cup.

Bangladesh umpire Masudur Rahman Mukul and Nigel Duguid, of West Indies, will be raising their finger in that match, on January 20 in Kimberley.

The pool stages will also see an Ashes rivalry revisited at youth level, with Adrian Holdstock and Asif Yaqoob in the middle for Australia’s clash with England, also at Kimberley, three days later.

The 16 umpires will be joined by three match referees for the duration of the tournament, with former Sri Lanka international Graeme Labrooy officiating alongside home official Shaid Wadvalla and England’s Phil Whitticase.

ICC Senior Manager – Umpires and Referees, Adrian Griffith: “The U19 Cricket World Cup is a very important event in our calendar as it brings together the world’s most promising young players in a major ICC tournament, giving them the experience of competing on the global stage.

“We are committed to appointing the finest officials available and I have every confidence in the team travelling to South Africa for the U19 Cricket World Cup they will do a fine job. I wish them all the best.”

The officials for the tournament are: