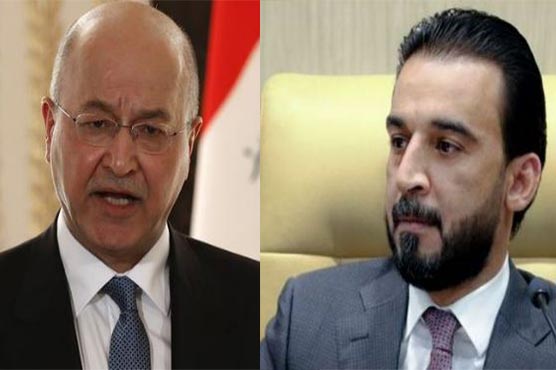 BAGHDAD (AFP) – Iraq’s President Barham Saleh on Wednesday denounced Iran’s missile strikes on Iraqi bases where US and other foreign troops are based, saying he feared “dangerous developments” in the region.

“We denounce the Iranian missile bombing that hit military installations on Iraqi territory and renew our rejection of the repeated violation of state sovereignty and the transformation of Iraq into a battlefield for warring sides,” his office said in a statement.

Iran launched the missiles early Wednesday in response to the killing of senior Revolution Guards commander Qasem Soleimani in a US drone strike in Iraq last week.

Meanwhile, the speaker of the Iraqi parliament, Mohammed al-Halbusi, also condemned a salvo of retaliatory Iranian missile strikes on Iraqi bases housing US-led troops as a “violation of Iraqi sovereignty”.

Halbusi, the most senior Sunni Arab in Iraq’s confessional power-sharing system, called for urgent measures to stop Iraq being turned into a proxy battlefield for outside powers, including Shiite Iran.

“While we condemn the Iranian violation of Iraqi sovereignty at dawn today… we confirm our absolute refusal to the conflicting parties to use the Iraqi arena to settle scores,” he said.