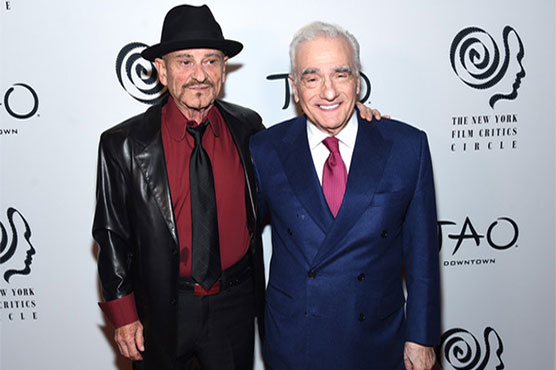 The movie, centered around the killing of union leader Jimmy Hoffa, also picked up a best supporting actor nod for Joe Pesci.

Veteran actor Antonio Banderas was named best actor for his performance in the foreign language movie “Pain and Glory” by director Pedro Almodóvar. He plays a character based on Almodóvar in the autobiographical film.

Recent Golden Globe winner Laura Dern was recognized in the supporting actress category for her work in “Marriage Story” and “Little Women.”

Director Quentin Tarantino picked up another screenwriter trophy for his film, “Once Upon a Time in Hollywood” after winning the Golden Globe on Sunday.

Other winners included Oscar winner Lupita Nyong’o who was named best actress for “Us” and directing duo Benny and Josh Safdie won for “Uncut Gems.”

The New York based film critics organization was founded in 1935 and comprises members from daily newspapers, weekly newspapers, magazines and some online general-interest publications.

Oscars to go without host for second year