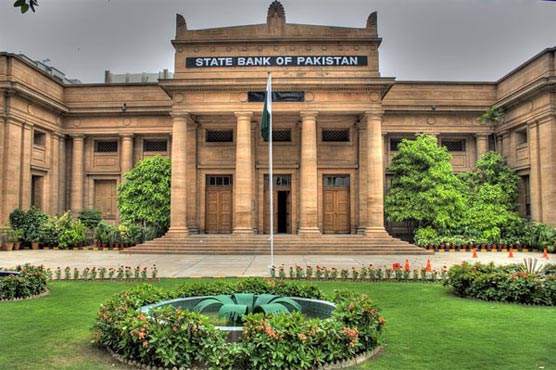 Pace of external debt, liabilities slows down in Q1 of FY20: SBP

ISLAMABAD (APP) – The State Bank of Pakistan (SBP) has said that the pace of external debt and liabilities had slowed down during first quarter (July-September) of fiscal year 2019-20 as compared to same period of last year.

The external debt and liabilities increased by US $ 0.5 billion during the period under review compared to an increase of $0.9 billion during the same period of last year, according to the recently published quarterly report of the SBP “The State of Pakistan’s Economy”.

The report said that improvement in current account balance, revaluation gains due to the depreciation of major currencies against the US dollar, and higher external debt servicing (both principal and interest payments) were major factors which explain the slowdown in accumulation of the external debt.

Meanwhile, revaluation gains due to the depreciation of major currencies against the US dollar reduced the dollar value of the country’s external debt by roughly US$ 0.7 billion during Q1-FY20.

More than one half of these gains were due to the US dollar’s appreciation against the Special Drawing Rights (SDR) during the period, the report added.

Foreign investors (mainly from the US and the UK) took keen interest in government securities during first quarter of FY20, as they made investments worth $0.3 billion in T-bills.

This investment was an outcome of the continued improvement in the country’s BoP position and reserve buffers; sustainability of the exchange rate regime; and the comfort offered by the inception of the IMF program.

External loan disbursements more than doubled in the period under review over the same period last year.

Most of these disbursements were for financing purposes (non project based).

Similarly principal and interest payments were both higher during the period under review, with debt servicing of commercial loans almost five times higher as compared to last year.

The interest payments on bilateral and commercial loans also increased considerably in first quarter of FY20 over the corresponding period of last year.