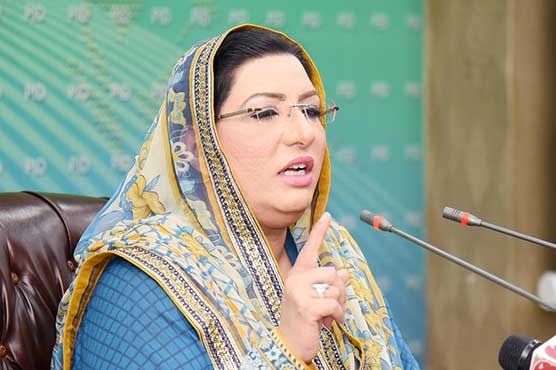 PM has clarified that Pakistan would never become part of any new war: Dr Firdous

ISLAMABAD (City News) – Special Assistant to Prime Minister on Information and Broadcasting Dr Firdous Ashiq Awan on Thursday has said Pakistan is torchbearer of peace in the region and PM Imran Khan has clarified that Pakistan would never become part of any new war.

Pakistan would continue to play its role for promotion of peace in the interest of Islamic nation and the world, she remarked.

Dr Firdous said that PM Imran Khan’s directive to Foreign Minister Shah Mehmood Qureshi to visit Iran, Saudi Arabia and United States and meet his counterparts is manifestation of Pakistan being a responsible democracy and its pro-active diplomacy for promotion of peace and de-escalation of tensions in the region.

The reaction came after Imran Khan said that he had asked Chief of the Army Staff (COAS) General Qamar Javed Bajwa “to contact relevant military leaders to convey a clear message: Pakistan is ready to play it s role for peace but it can never again be part of any war.”

The prime minister said, “I have asked FM Qureshi to visit Iran, KSA & USA to meet with respective foreign ministers, Secretary of State.”