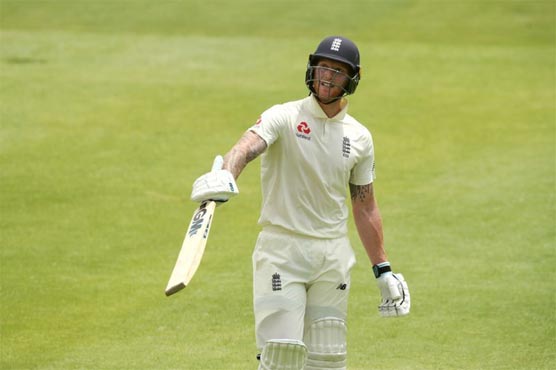 CAPE TOWN (Reuters) – England all-rounder Ben Stokes dedicated his match-winning performance in the second test at Newlands to father Ged as he now seeks to help the tourists claim the series in South Africa.

Stokes scored a rapid 72 from 47 balls to give England the quick runs they needed for an early declaration in their second innings on day four, time that proved vital in the end as South Africa came within eight overs of saving the test.

He also took six catches in the game, and wrapped up the South African tail with three quick wickets after a brilliant spell of fast bowling late on the fifth day.

Stokes’ Herculean performance comes as his father Ged receives treatment in a Johannesburg hospital having suffered a stroke ahead of the first test in Pretoria that started on Boxing Day.

“I always had my dad in the back of my mind,” Stokes told reporters. “He came out here to watch me and unfortunately he’s not been able to, so there was a lot more in my efforts this game, doing it for him. I haven’t spoken to him yet but hopefully I’ve made him proud.”

Captain Joe Root turned to Stokes late on the fifth day as South Africa looked as though they might bat the 146 overs they needed to save the test, and the all-rounder duly delivered with a superb spell of reverse-swing bowling that saw him pick up the last three wickets.

“I said, ‘You’re not getting the ball out of my hand until this day is done.’ It was one last push,” Stokes said.

“We have a few days off (after the test), so I was trying to put everything into every ball. For some reason it just started reverse-swinging, which helped getting the right-handers nicking the ball.”

Stokes will now seek to give England the advantage in the third test that starts in Port Elizabeth on Jan. 16.

“The best thing about being an all-rounder is that there are four innings in a Test match so four opportunities to influence a game. I will always try to do that,” he said.

England will check on the fitness of seamer James Anderson ahead of the game after he pulled up with a side strain on the final day at Newlands.

“He’ll go for a scan, get some treatment and we’ll see how he pulls up,” Root said.

South Africa won the first test in Pretoria by 107 runs.