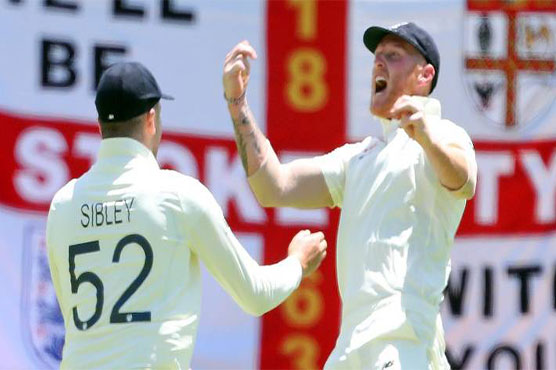 LONDON (AFP) – Ben Stokes made an emphatic case for the unique drama of five-day Test cricket this week — inspiring England to a series-levelling win against South Africa in the final overs of a dramatic contest.

His match-winning performance in Cape Town on Tuesday came at a time of intensifying debate over the future of the longest form of the game, which has been played since 1877.

The International Cricket Council (ICC) will in the coming months discuss reducing Tests to four days as part of structuring the global calendar beyond 2023.

For a sport so closely linked with tradition, cricket has shown a remarkable ability to innovate in recent decades, introducing multiple forms of limited-overs cricket that have taken firm root.

But the latest proposal, part of an effort to tackle the crowded international cricket calendar and save on costs, has divided players, many of whom consider Test cricket the gold standard.

The ICC allowed four-day Tests in 2017 and they have been tried in one-off games between South Africa and Zimbabwe and England against Ireland.

But they are not allowed in the Test world championship, which is currently led by Virat Kohli s India.

The Cricinfo website said mandatory four-day Tests rather than five-day matches during the current cycle from 2015 to 2023 would have freed up a total of 335 days of scheduled cricket over the period.

The England and Wales Cricket Board has offered “cautious” backing to the suggested new model and Australia and New Zealand said four-day Tests deserved serious consideration.

But a succession of top cricketers have spoken out against the idea and the global players representative body has warned of “significant player resistance”, though others such as Shane Warne have voiced support for a change.

England all-rounder Stokes claimed the last three South Africa wickets at Newlands to earn a 189-run victory for England, who levelled the four-match series at 1-1 on Tuesday.

Afterwards he and England captain Joe Root spoke out in favour of the longer format, which allows the drama and nuances of the game time to play out.

“It s why five-day cricket should always be around. It s the best form of the game,” said Stokes, England s man of the match.

Root s opposite number, Faf du Plessis, also said he did not support a move towards four-day Test matches, despite a statement by Cricket South Africa that it was official policy to back a reduced format.

“If we played four-day cricket, I fear we would miss out on a lot of matches like yesterday (England s win),” Giles told the BBC.

“I know a lot of Test matches now don t go to the fifth day — but you know it is precious to me, and I know it is to the players.”

Kohli spoke earlier this month about his opposition to any move to cut a day from Tests, questioning where it would ultimately lead.

With four-day Tests “you are purely only talking about getting numbers in and entertainment, and I think the intent will not be right,” said the India skipper.

“Then you will speak of three-day Tests. I mean, where do you end?

The Federation of International Cricketers Associations executive chairman Tony Irish stressed there was “currently a lot of negative sentiment” concerning the proposed changes.

“Until such a time as we and the players are provided with the full picture and compelling reasons for change, we remain supportive of five-day Test cricket, and would expect significant player resistance if a shift to that is imposed on players by the ICC and/or boards,” Irish said in a statement on Tuesday.

“Test cricket is a cherished format of the game and it needs player support and buy in to survive. We urge those making decisions to understand that.”