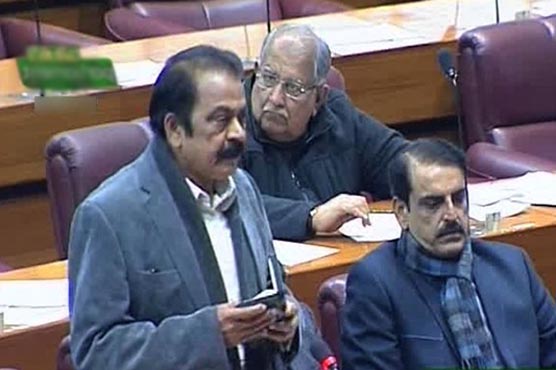 Being citizen of Pakistan, fair trial is my right: Rana Sanaullah

ISLAMABAD (City News) – Pakistan Muslim League-Nawaz (PML-N) leader Rana Sanaullah on Friday has said that being a citizen of Pakistan, fair and transparent trial is his right.

Speaking in the National Assembly (NA), the PML-N leader told on January 1, he was traveling to participate in the party meeting when he was stopped and arrested.

The investigation officer didn’t meet me and I was only told that drugs were recovered from my car, he continued.

The former law minister said that on the day of hearing, he was informed that security officers had confiscated 15kg heroin from his car.

May Allah deal with those who leveled fake allegations against me, he prayed.

Rana Sanaullah said he has faced brutal behavior in the jail and that no inquiry was carried out at that time.

Subsequently, the PML-N leader has demanded to constitute judicial commission and parliamentary committee to investigate narcotics case against him.