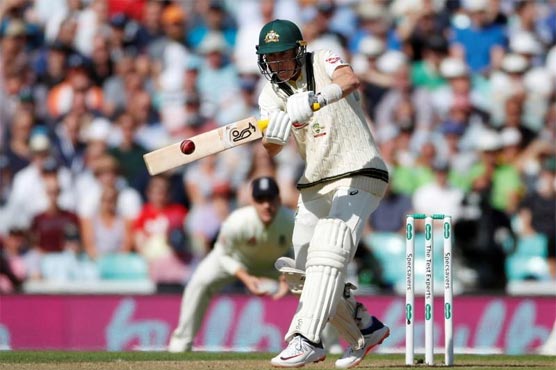 MUMBAI (Reuters) – Australia captain Aaron Finch is looking forward to an exciting duel between the irrepressible Marnus Labuschagne and India’s world No.1 fast bowler Jasprit Bumrah in their ODI series starting in Mumbai next week.

Labuschagne smashed 896 runs in five tests against Pakistan and New Zealand over the Australian summer and is set for his 50-over debut against India when the three-match series of one-day internationals starts on Tuesday.

But the 25-year-old’s success will depend heavily on how he counters the threat from the skillful Bumrah, who tops the ODI world rankings.

“The improvement we have seen in Marnus’s game over the last 12 months has been huge and that has been reflected in his scores and the impact that he is having in test matches,” Finch told reporters after arriving in Mumbai.

“He will be ready to go no doubt. He is an exciting player who just keeps getting the job done all the time, which is really important for us and for him.”

Bumrah has just returned to the Indian side in their ongoing three-match Twenty20 international series against Sri Lanka after a three-month layoff with a stress fracture in his lower back.

“He’s a fantastic bowler and someone who, when you are not playing against him, you love watching bowl,” Finch said. “He is fast and aggressive and his execution is pretty spot on.

“The more the guys face him, the more exposure you get, the more you start to understand how he bowls. So it is important that we don’t overplay that too much.”

However, the Australian side’s thoughts will never be far from home during the series.

Huge and unpredictable fires that have scorched more than 10.3 million hectares (25.5 million acres) of land in Australia since October have taken the lives of 27 people and subjected thousands to repeat evacuations.

“With everyone affected by bush fires around Australia, cricket is insignificant to what’s happening there,” Finch said.

“All we can do is, as players, try and bring some performances and some excitement and smiles on the faces of the people who are having it very tough at the moment.”