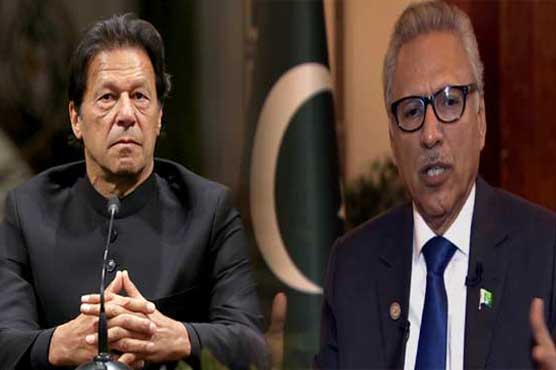 ISLAMABAD (City News) – Prime Minister Imran Khan and President Arif Alvi strongly condemned the blast in a mosque of Quetta, saying that terrorists are making deliberate efforts to create unrest in the country but the nation is united against these filthy conspiracies.

PM Imran has called for a report of the incident. Expressing deep sorrow and regret over the loss of precious lives, the Prime Minister directed to provide best medical care to the injured.

President Alvi prayed for the martyrs, and patience for the effected families. The President also prayed for early recovery of the injured. He said the terrorists were making deliberate efforts to create unrest in the country. “The nation is united against these filthy conspiracies,” he added.

Bilawal Bhutto called for the arrest of the terrorists involved in the heinous plan. He said that the blast is a plot to destroy the country’s peace, and terrorists should not be allowed to raise their heads again.

Special Assistant on Information and Broadcasting Dr Firdous Ashiq Awan also extended condolences towards the effectees saying that those who attacked worshipers in the house of Allah had nothing to do with humanity. “Enemies of peace and development in Pakistan will fail in their heinous ambitions,” she expressed, adding that the nation together repelled the terrorists and will not take a sigh of relief until they are completely curbed.