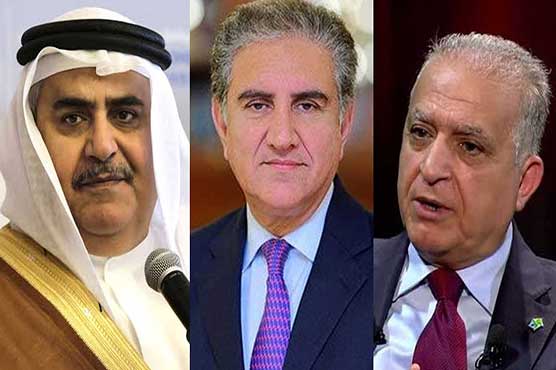 ISLAMABAD (City News) – Foreign Minister Shah Mehmood Qureshi made telephonic contact with his Iraqi and Bahraini counterparts on Friday who praised Pakistan’s efforts to de-escalate tensions in the Middle East, and maintain peace.

Talking to the Iraqi and Bahraini representatives, FM Qureshi said that Pakistan is concerned about the escalating tensions in the region. “This region [Mideast] cannot afford any confrontation,” he expressed.

He went on to say that Pakistan wants the parties to resolve the issue in the light of UN and international law, and respect each other’s sovereignty and integrity.

The two Foreign Ministers agreed to continue consultation with Pakistan to reduce tension in the region.

On Jan 9, Foreign Minister Shah Mahmood Qureshi said that Pakistan‘s stance regarding Middle East has been appreciated after it made it clear that Pakistan will not allow its soil to be used against any neighbouring country.

He briefed the meeting about Middle East and Kashmir and on important diplomatic issues and told that he is in contact with all key countries to de-escalate situation in the Middle East.

The Foreign Minister said that Pakistan is committed to play a positive role in reducing tensions between the United States and Iran.