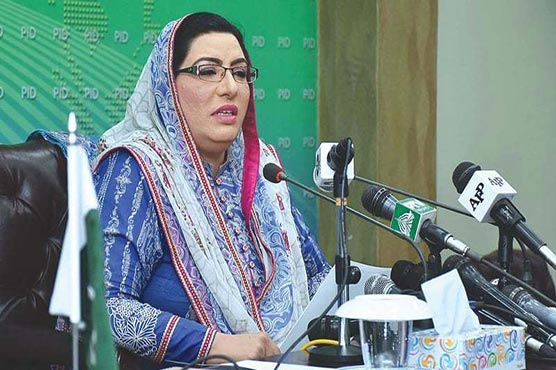 Destroyers of country’s economy have flown to London: Dr Firdous

ISLAMABAD (City News) – Special Assistant to Prime Minister on Information and Broadcasting, Dr. Firdous Ashiq Awan on Friday said that the government has fulfilled its legal responsibility by writing a letter to the British authorities for deportation of former Prime Minister (PM) Nawaz Sharif.

In a series of tweets regarding the PML-N leader Shahid Khaqan Abbasi’s criticism against the government, the special assistant said the destroyers of the country’s economy have flown to London.

Meanwhile, talking to a private news channel, she said there is no serious matter between the MQM and ruling party, Pakistan Tehreek-e-Insaf.

Dr Firdous Ashiq Awan said Prime Minister Imran Khan is keen to provide better facilities to people of Karachi and all out efforts are being made in this connection.