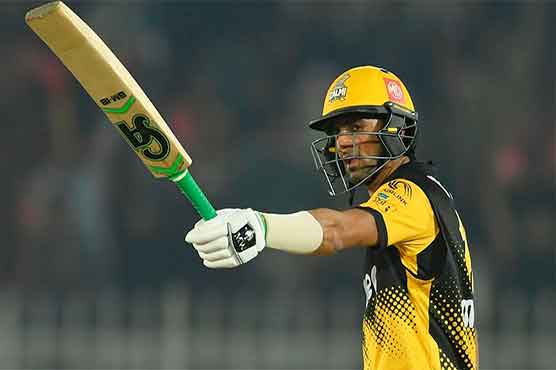 Playing first, Zalmi posted 170 for 6 at the back of Malik s quickfire half-century and handy contributions from Kamran Akmal (12-ball 23) and Haider Ali (24-ball 39). Malik hit 8 boundaries and a six through the course of his innings.

In response, Gladiators began well with Jason Roy and Shane Watson powering them to a 45-run opening stand in only 4.4 overs. However, Zalmi s bowlers kept the carnage in control by picking wickets at regular intervals. Roy, who was looking dangerous, was bowled by Yasir Shah in the eighth over of the chase for a 26-ball 45.

Earlier, Quetta Gladiators won the toss and elected to field. The start of the match was delayed due to a wet outfield.

The big news before the start of play was that Daren Sammy officially stepped down as Peshawar Zalmi captain to take on a role as player-coach.

Sammy was left out of the XI for the second match in a row, with Wahab Riaz formally taking over as captain following his stand-in role in Zalmi s loss to Karachi Kings when it was communicated that Sammy was being rested.

Zalmi made two changes to their lineup. Imam-ul-Haq comes in at the top of the order in place of Tom Banton while Liam Dawson replaces Carlos Brathwaite for an extra spin option.

Gladiators have also made multiple changes. Ahmed Shehzad enters the lineup at in place of Ahsan Ali while a bowling reshuffle sees Anwar Ali and Fawad Ahmed left out in favor of Sohail Khan and Tymal Mills. 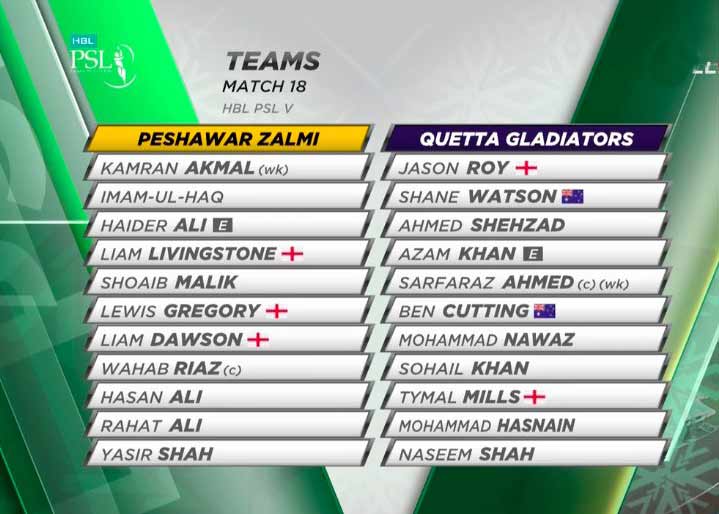