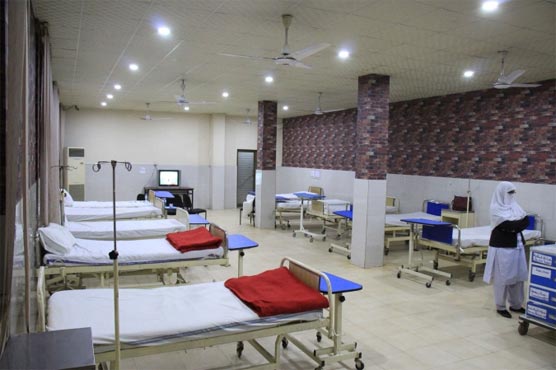 LAHORE (City News) – The fans attending the HBL PSL 2020 fixtures at the Gaddafi Stadium in Lahore have access to top-class first aid facilities as the Punjab Government has set up a 20-bed temporary hospital at the ground floor of the National Hockey Stadium, said an official press release by the PCB.

The 32-staff hospital, which is approximately 200 metres away from the stadia, will be operational till 23 March, a day after the HBL PSL 2020 final, and its operations are being looked after by General Hospital.

The temporary hospital is equipped with an operation theatre, a laboratory for tests, a pharmacy and a rescue ambulance.

For the convenience of the fans, the medical services and the medicine are free of cost.

Such facilities are also available at the other venues where the HBL PSL 2020 matches are being staged.

A six-bed temporary hospital has also been set-up in Karachi at the Hanif Mohammad High Performance Centre, which is adjacent to the National Stadium.

The temporary hospital has been put in place by Sindh Government and includes a mini operation theatre, a pharmacy, a laboratory and equipment for X-ray scans.

A three-bed temporary hospital has also been set-up at ARID University near the Pindi Cricket Stadium to provide first aid to the fans coming in for the HBL PSL 2020 matches in Rawalpindi.

The hospital has a staff of 10 doctors and four nurses and is run by Punjab Government.

Similarly, during the Multan leg of the HBL PSL 2020, a 10-bed temporary hospital was established inside the Multan Cricket Stadium.

PCB Chief Operating Officer Salman Naseer, who visited the temporary hospital at the National Hockey Stadium, said: “Having medical facilities of such a calibre available for the cricket fans is perfectly in line with the PCB and Government’s policies of keeping the fans’ health and safety at the forefront.

“The PCB too has a duty of care towards the fans coming to watch the HBL PSL 2020 fixtures and it is collaborating with local authorities across the country to ensure all necessary steps are being taken to provide fans a safe environment.

“The HBL PSL 2020 has turned out to be a massive success. The matches have been fought hard and the fans are filling the stadiums across Pakistan. With the competition entering its latter half from today, I am sure the fans will be served with enthralling cricketing action.”

Sultans have edge over Kings at Gaddafi Stadium: Azhar Mahmood