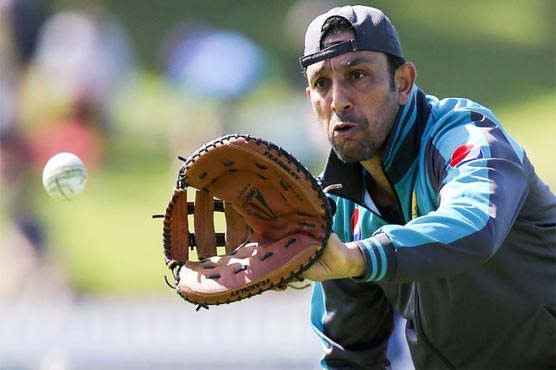 Sultans have edge over Kings at Gaddafi Stadium: Azhar Mahmood

LAHORE (APP) – Multan Sultans bowling coach former Pakistan all-rounder Azhar Mahmood has said that Multan Sultans enjoyed slight edge over Karachi Kings as his team was well familiar with the conditions in Gaddafi stadium while Kings were playing their first game in the HBL PSL V 2020 here in Lahore.

Talking to journalists at the Gaddafi stadium here, he said no team, however, was weak in the tournament as all had the services of good cricketers, adding that Sultans wanted to win every remaining match despite being top of the table.

Multan Sultans are currently table leaders with 8 points from five games and due to play their sixth match against Karachi Kings who are placed third with 6 points from same number of matches.

To another question, Azhar Mahmood said no team was an easy opponent in Twenty20 cricket, adding they would try to win the HBL PSL V title as they have a very strong batting line-up.

“We have a game plan to get Babar Azam out early and let him play a long innings. Our bowling can test any batsman including Babar Azam”, Sultans bowling coach responded.

On Junaid Khan, the former all-rounder said Junaid Khan was an experienced bowler but he was unable to find a place in the playing eleven so far, adding that the fans would see him in action in the next matches.

Regarding Shahid Afridi, he said “We want Shahid Afridi to bat as less as possible as youngsters are performing very well”.

About the Sultans poor run last year, the bwoling coach Azhar Mahmood said the team had not maintained their performance despite winning the initial matches last year, adding that Sultans are playing under new team management and with new players.