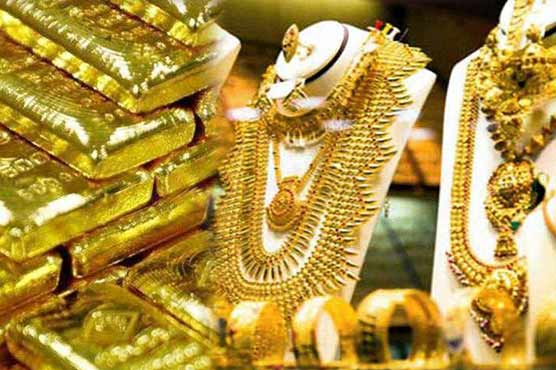 KARACHI (City News) – The price of 24 karat gold jumped up by Rs700 per tola on Monday and was traded at Rs95,200 as compared to Rs94,500 of last trading day, Karachi Sarafa Association reported. 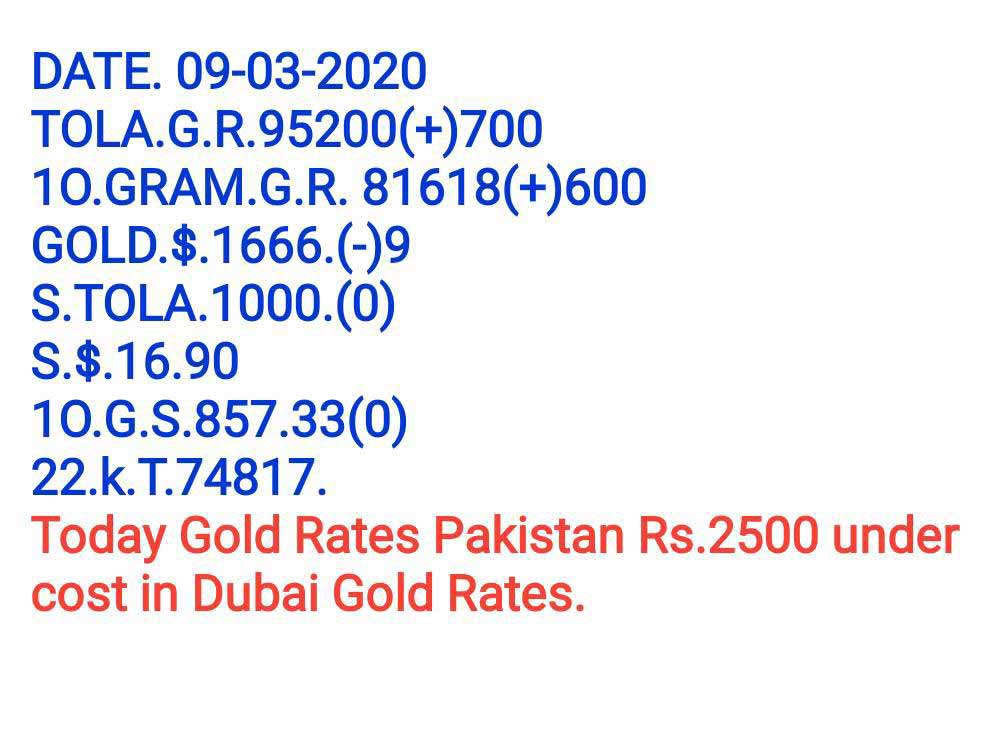 In international market, the price of per ounce gold depreciated by $09 and was traded at $1666 against $1675, Karachi Sarafa association reported.

The gold imports into the country increased by 3.61 percent during the first seven months of the current financial year (2019-20) as compared to the corresponding period of last year.

In terms of quantity, the country imported 240 kilograms of gold during the period under review compared to imports of 248 kilograms during last year, showing decrease of 3.23 percent.

Meanwhile, on year-on-year basis, the gold imports into the country during January 2020 decreased by 7.13 percent when compared to the imports of the same month of the last year.

The gold imports during the month under review were recorded at $0.899 million against the imports of 0.968 million during January 2019.

On month-on-month basis, the gold imports during January 2020 witnessed decrease of 47.

It is pertinent to mention here that the Country s trade deficit witnessed significant reduction in last seven months (July-January) of current financial year and shrunk by 28.40 per cent as compared to the corresponding period of last year.

During the period under review, the country s exports registered about 2.14 per cent growth, whereas imports reduced by 15.95 per cent, the PBS data revealed.

Meanwhile, the country s imports witnessed significant decrease of 15.95 % as these went down from $32.420 billion in first seven months of last financial year to $27.249 billion of same period of current financial year, it said.

PSL 2020: PCB thanks Rawalpindi and Islamabad