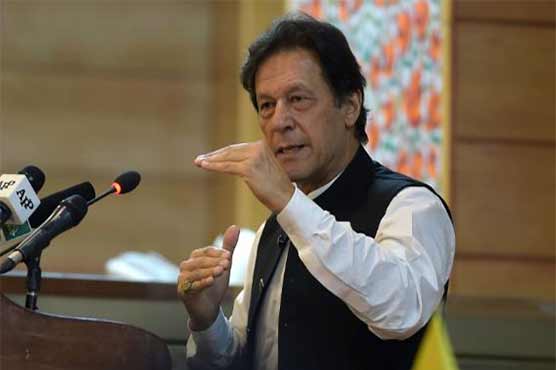 PESHAWAR (City News) – Prime Minister Imran Khan said on Monday that if he was not a player than he would have resigned after a year and a half of assuming the charge of prime ministership.

PM Imran addressed a gathering of more than 2,940 players from across the province, and formally inaugurated the Khyber Pakhtunkhwa U-21 games at Qayyum Sports Complex Peshawar.

“Life is a traverse of ups and downs […] a person who regains position after falling down acquires more strength,” he said, adding that he had learnt to fight against critical times during sports.

“A person loses only when he accepts defeat […] a champion corrects his mistakes upon losing.”

The premier congratulated KP Chief Minister Mahmood Khan for organising the games by stating “the event will unfold new talent.”

“I want to advise youths (to understand) the importance of sports […] sports must be promoted at the village-level,” he said.
The players are participating in 30 different games.

Later, the prime minister will visit Mohmand District to distribute Kafalat cards among the deserving people under anti-poverty initiative of the Ehsaas programme, according to a PM Office’s press release.