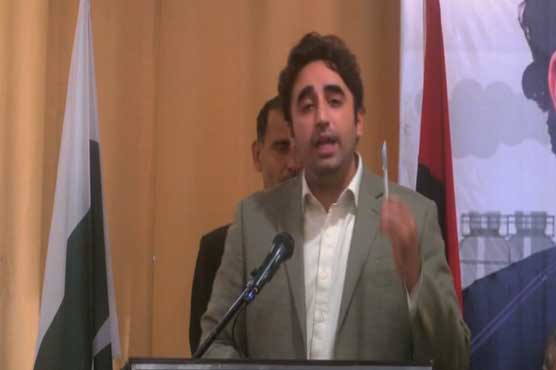 LAHORE (City News) – Chairman Pakistan Peoples Party (PPP) Bilawal Bhutto said that the government has no economic plan and the public is bearing the brunt of government’s incompetence. He also said that the country’s economy is in tatters leaving the country on the verge of economic collapse.

The leader, while addressing an event in Lahore, said that the general public, especially wage workers and farmers, were struggling the most in this falling economy and urged the country to give more importance to local financial experts instead of foreign experts as they were better aware of Pakistan’s ground realities.

The chairman said that the government had missed its own tax-collection target even though it has piled large amounts of taxes on the general public including small business owners. It is the state’s responsibility to give relief to the people, he added.

He also criticized the government’s flip-flopping on going into the IMF program and for showing their incompetence in negotiating a favorable and realistic deal for the country.

Even mask-wearers can be ID’d, Chinese facial recognition firm