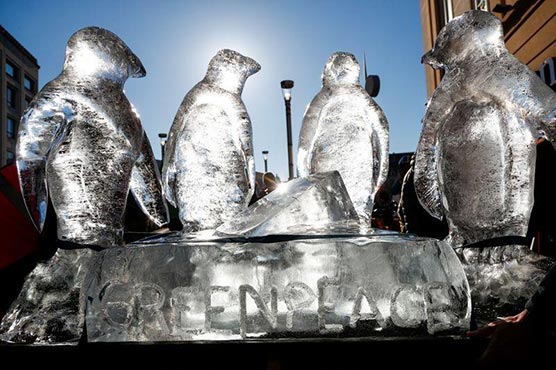 Web Desk – The world has wasted precious time, and now, after a decade of procrastination on climate change, we have our work cut out for us.

If nations around the globe still want to meet their Paris emission targets, a new synthesis of United Nations data suggests we will have to put in quadruple the work.

The time for action is quickly slipping through our grasp. Just ten years ago, we had 30 years to halve our emissions. Now, we only have ten years – if we want to limit temperature rises to 1.5 °C warming above pre-industrial levels. As the Intergovernmental Panel on Climate Change (IPCC) has outlined, beyond that limit conditions will get increasingly dire.

The new warning comes from two leading climatologists, and it’s based on ten annual editions of the UN Emissions Gap Report, which looks at the discrepancy between what countries have pledged to emit and what they actually need to emit.

In a mere decade, the researchers say, that gap has widened by as much as four fold.

“Had serious climate action begun in 2010, the cuts required to meet the emissions levels for 2 °C would have been around 2 [percent] per year, on average, up to 2030,” the authors write in a recent comment for Nature. “Instead, emissions increased.”

Between 2008 and 2018, global yearly emissions shot up by 14 percent, which means now, we must act even faster than before.

As we’ve learned more about the risks of climate change, it’s become clear that our previous goals and pledges were downright insufficient.

“Clearly, the promises must be overhauled – and then, crucially, kept – if the yawning gap between ‘talk and walk’ is going to close by 2030,” the authors write.

We only have ten years left, and our current policies do not have us on track. Since 2015, the world’s estimated global emissions for 2030 have decreased by only three percent.

Both the United States and China, however, have shown no change in their projected greenhouse gas emissions in the past five years.

“The gap is so huge that governments, the private sector and communities need to switch into crisis mode, make their climate pledges more ambitious and focus on early and aggressive action,” the authors claim.

“Otherwise, the Paris agreement’s long-term goals are out of reach. We do not have another ten years.”

The commentary was published in Nature.