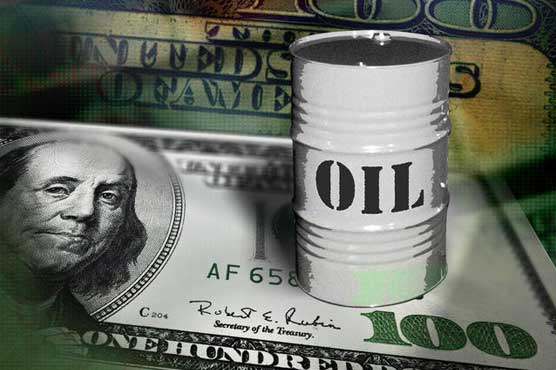 LAHORE (City News) – As the oil prices plummeted around 30 percent on Monday in the international market, Pakistan likely to see a decrease of Rs25 to Rs30 in the prices of petroleum products.

Crude oil prices have come down to the lowest level since the Gulf War of 1991 after the announcement of Saudi Arabia after which the US crude oil propped 31 percent at $28.56 a barrel while British crude decreased 29 percent at $32.21 a barrel.

According to economic experts, falling oil prices in the world market will benefit Pakistan immensely, adding that Petroleum products in Pakistan can be decreased as low as Rs30 per liter.

If oil prices remain high, the import bill will plunge more than $50 million a month and the fall in oil prices will also reduce inflation.

Meanwhile, drop in crude oil prices which reached to Gulf War 1991 level would be a bonanza for the countries like Pakistan dependent on oil imports both petroleum products and crude oil and could help reduce the import bill by almost 500 million dollars per month and help government to cut oil price.

Crude oil price faced a tremendous decline of as much as 31 percent in single session second biggest drop after 1991 Gulf War when the price plummeted by 34 percent.

Oil price has dropped by more than 30% as OPEC failed to strike a deal with its allies regarding production cuts. Saudi Arabia has slashed its prices as it is reportedly getting ready to ramp up production, leading to fears of an all-out price war.

Pakistan is a net importer of oil with petroleum group imports contributing 25 percent to imports. WTI Oil prices averaged USD 56/bbl during past 12 months and have currently nosedived to USD30/bbl. Pakistan would be able to save millions of dollars per month.

Lower oil prices improves government s budget balance as it enhances government s ability to collect taxes and reduces the amount of subsidy the government provides on sale of energy. In addition, the government would be able to spend the additional taxation on PSDP, improving growth prospects of the economy.

“The most visible impact of lower oil prices should be on inflation as it has been the talk of the town and an Achilles heel for the government. Average Arab light oil price for Feb-20 was USD 58/bbl. the ex-refinery price for Motor Gasoline should decline by Rs 20/liter. It should reduce inflation by 80bps, which should be fully visible in April-20 CPI and nullify the expected food prices increase due to Ramzan”, the report said. April -20 CPI should decline to 9.2% YoY.

“We expect the discount rate to be reduced by 100 basis points in the upcoming monetary policy”, the report said.

“We strongly predict a rate cut in the upcoming MPS by 50-100 bps. Reasons contributing to this prophecy includes i) massive decline in int’l oil prices (down 52% since Jan’20) to save USD3-4 billion per annum to national exchequer, ii) Global trend for a rate cut to counter growth over Novel Corona Virus and iii) domestic inflation (NCPI) which is likely to come near single digit in rest of FY20 amid lower food prices”, said Yawar uz zaman, head of research at Shajar Capital.

“We can potentially see a cumulative reduction in exports and remittances by around $1-2 billion. Hence, on a net basis, Pakistan’s external account could potentially improve by US$2.2-2.8 billion (~50% of Pakistan Current Account Deficit) due to US$20/bbl lower oil prices”, said a report of Topline Securities.

On the fiscal side, we believe lower oil prices will give the government enough fiscal space to sail through at least the next couple of IMF reviews. The government is unlikely to completely pass on the impact of lower oil prices to the consumers, through increase in Petroleum Development Levy (as seen last month).

The report further said that the government is also likely to pocket part of lower oil prices in electricity tariffs (under Monthly Fuel Adjustments), resulting in lower accumulation of circular debt. In our view, the pressure to increase gas prices will also subside.