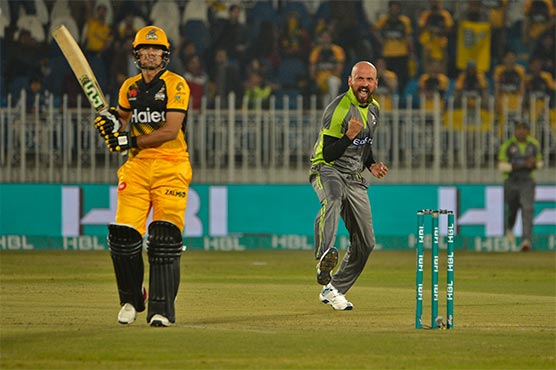 The match is scheduled to start at 07:00 PM. Peshawar Zalmi are placed second on the points table with 9 points from eight matches while Lahore Qalandars are fifth with six points from seven matches.

A win in today’s encounter will ensure Zalmi’s berth in the playoffs. Qalandars will jump to third place if they emerge victorious at their home ground. Both captains are confident to display good cricket as the group stage is moving towards its end.

Peshawar Zalmi had defeated Lahore Qalandars by 16 runs in their first game of the PSL V at the Rawalpindi Cricket Stadium. In the rain-hit match which was reduced to 12 overs, Zalmi set a target of 133 runs for Qalandars who could manage to score only 116 runs in reply.