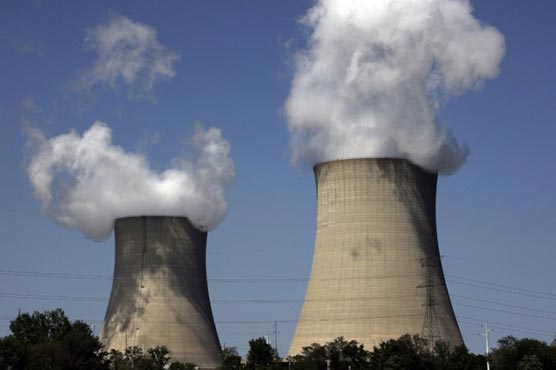 WASHINGTON (AFP) – The US military said Monday they are planning to deploy a miniature nuclear generator that can be carried in a freight truck and could power a remote base indefinitely.

The US Defense Department awarded three contracts for the engineering design of the mobile reactors, targeting a one to five megawatt capacity.

The project, dubbed Pele, “involves the development of a safe, mobile and advanced nuclear microreactor to support a variety of Department of Defense missions such as generating power for remote operating bases,” the Pentagon said in a statement.

Within two years, one of the three companies will be chosen to produce a prototype.

The mini-reactor has to be easily made operational and shut down, and weigh less than 40 tonnes, so it can be transported by aircraft, by ship or by a tractor-trailer.

“Microreactors would significantly reduce the need for investments in costly power infrastructure,” the Pentagon statement said.

“A safe, small, mobile nuclear reactor would enable units to carry a nearly endless clean power supply, enabling expansion and sustainment of operations for extended periods of time anywhere on the planet.”

Some civilian nuclear experts were dubious, noting that an attack that damages such a reactor could spill radioactive fuel, or that the nuclear material could fall into the wrong hands and be used to fabricate a low-tech “dirty bomb.”

“What could possibly go wrong?” tweeted Hans Kristensen, director of the Nuclear Information Project at the Federation of American Scientists.

The Pentagon is also working on another microreactor project focused on the energy needs of military installations on US soil.

The project envisages small nuclear power generators of two to 20 megawatts, which could supply military bases if they are cut off from the regular power grid, for instance by a cyber attack.

The project could see the system tested in 2023 at a US Department of Energy site, according to Pentagon spokesman Mike Andrews.