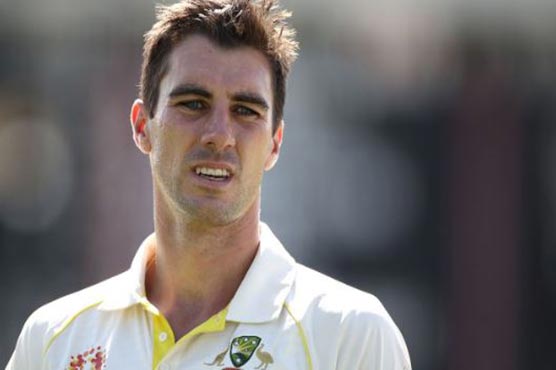 DUBAI (Web Desk) – Australia fast bowler Pat Cummins expressed excitement for the ICC Men’s T20 World Cup 2020, which is scheduled to be played at home in October, while acknowledging that things could ‘change pretty quickly’.

Amid the ongoing global crisis, players have been forced into a long break. Australia had to cancel their limited-overs series against New Zealand last month after just one game and their two-Test series against Bangladesh in June could also be affected.

The Indian Premier League, which Pat Cummins is a part of alongside several other Australians, was shifted from the original start date of 29 March to 15 April, and is likely to be further postponed. Cummins, however, remains optimistic about the T20 World Cup, which is due to take place in October this year.

“The T20 World Cup is something we’ve been speaking about for years, the chance to play a home World Cup,” he said. “The ICC Men’s Cricket World Cup 2015 was absolutely a career highlight and I wasn’t even playing in the final, so I would love to see it go ahead.

“That is the big tournament this year for international cricket, and being a part of that T20 World Cup would be great. We would love for that to happen in a perfect world.

“If I was to get really greedy, I’d love for the IPL to happen as well … but international cricket is the pinnacle, so hopefully we can play as much of that as possible.”

After the IPL and Bangladesh tour, Australia are scheduled to play England in a limited-overs away series in July before beginning their preparations for the World Cup.

“There’s so many scenarios … the lucky thing is we’ve got so much time on our hands here in Australia for cricket, the World Cup is still six months away and the big India tour is still 8-9 months away,” said Cummins. “Imminently the IPL, Bangladesh tour and ODI series over in England are the ones that are more focused on. We’re all being open-minded that things could change and change quickly.”

The pace bowler also said that the players should view the ‘silver lining’ of the enforced break as it presents a rare opportunity to rest and refresh.

“The preference would be to be over there [in India] playing, but I guess the silver lining is we do get a bit of a break. We are pretty lucky, it’s right at the end of the season and we played basically our whole season out besides that last couple of games.

“We are always looking for small breaks to refresh, and that’s been the emphasis from the staff that this is our rest period.”