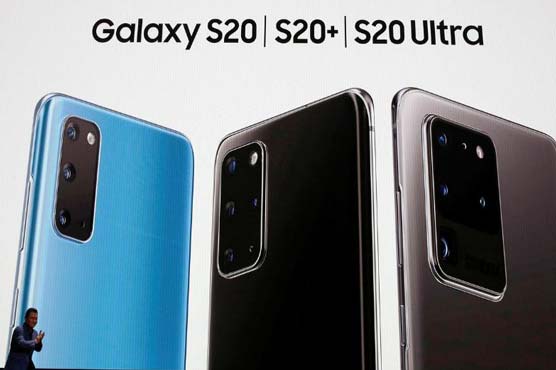 SEOUL (Reuters) – South Korea is struggling to retain its lead in global next-generation 5G telecom services, as the coronavirus pandemic further cools sentiment of consumers whose interest in the technology has waned due to cost and quality concerns.

But after an early growth spurt driven by generous subsidies for 5G smartphones, the hype has almost vanished as customers question the value of pricier handsets and sometimes-spotty 5G services. Now the coronavirus crisis is hitting demand hard.

Sales of Samsung’s new 5G-ready Galaxy S20 phones, which were launched at the end of February with prices as high as 1,595,000 won ($1,308.81), are down about 30% in South Korea compared with early sales of its previous model S10 series, an official at a South Korean operator told Reuters.

The weak reception came even though sales of new phones usually surge right after the product launch, the person said.
The 5G slowdown in South Korea shows how the coronavirus could hobble the takeoff of the technology globally.

Smartphone makers, including Apple Inc, which is currently scheduled to launch 5G phones in the fall, had been counting on 5G for a sales boost after two years of industry-wide contraction.

Plans for futuristic services such as self-driving cars and fully automated factories and cities could also be affected by 5G delays. Spain, Italy, France and Austria have postponed auctions for 5G spectrum because of the coronavirus.

Xiaomi Corp, which recently unveiled a new flagship 5G smartphone, said it is seeing signs of a sales recovery in China as the country starts to return to normal following the coronavirus lockdown.

Samsung has only a small presence in China and sells most of its premium 5G phones in other markets.

South Korean carriers added about 400,000 new 5G customers in February, government data showed, an increase from 290,000 in the preceding month. But analysts saw that as a subdued number given the launch of Samsung’s S20. And it was less than half the 880,000 recorded in August.

Analysts said operators and handset makers have to rely on fresh subsidies to revive demand, eroding their bottom lines.
Samsung had counted on South Korea to take an early lead in the 5G phone market last year. It was expected to expand 5G phone sales in other major markets like the United States and Europe, ahead of Apple’s iPhone launch, but the coronavirus is setting back such plans, analysts say.

U.S. retailers are already offering about 20% discount for online sales of the S20, which was launched in America just a month ago. Samsung’s unlocked S20 devices are being sold at $799.99 on Best Buy and Amazon.com Inc, about $200 discounts from its original $999.99 price.

Samsung declined to comment for the story. A Samsung Electronics chief executive told shareholders in mid-March 5G smartphone demand was expected to rise this year.

In an effort to boost volume, Samsung plans to launch more affordable 5G smartphones such as the A71 series in Korea in the first half of this year, a telecom source said.

“Consumers are cautious about buying new phones, because of little perceived differences between 4G and 5G phones and price hike from 4G phones, especially with the virus dampening consumer sentiment,” said Kim Hoi-jae, an analyst at Daeshin Securities.

South Korea reported on Friday 86 new coronavirus infections that raised the national tally to 10,062. While the daily infections have eased from their peaks, consumers are seen wary of buying handsets.

“In times like this, changing your phone is not just a priority,” said a manager at a phone retail store in Seoul.

Pakistani stars stranded in Bangkok due to suspension of flight operations