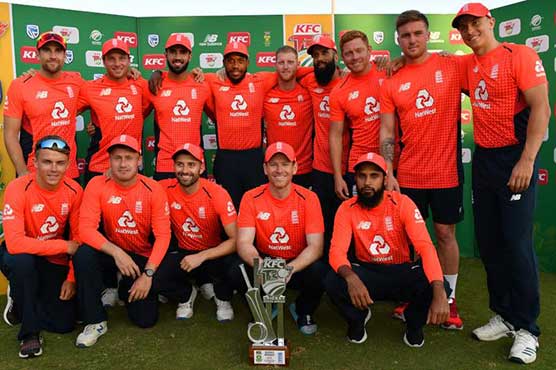 LONDON (AFP) – England s centrally contracted cricketers have agreed to make an “initial donation” of $612,000 in response to the financial crisis engulfing the game as a result of the coronavirus outbreak.

Tuesday saw Harrison unveil the ECB s $76 million aid package in response to the spread of COVID-19 which has seen the start of the English season delayed until May 28 and placed question marks over the future of lucrative incoming tours by the West Indies, Pakistan and Australia.

But with the ECB placing some administrative staff on the British government s reduced pay job retention furlough scheme, questions were raised over whether the likes of Test captain Joe Root and all-rounder Ben Stokes, who earns close to a 1 million a year from the ECB as a star performer in red and white ball cricket, should accept a salary reduction as well.

“Following a meeting today of all of the England men s centrally contracted cricketers, the players have agreed to make an initial donation of 0.5million to the ECB and to selected good causes,” said a statement issued by the PCA on behalf of England s Player Partnership group.

“The precise details of the charitable donation will be decided over the next week by the players.”

The statement added the contribution was the “equivalent of all of the England centrally contracted players taking a 20 percent reduction in their monthly retainers for the next three months”.

That 20 percent figure is significant because although Harrison, who has warned a season without any cricket at all could cost the ECB a whopping 300 million, said there were no plans to enforce a pay cut on players, a letter from him to PCA chief executive Tony Irish, leaked to the ESPNCricinfo website, showed him asking the players to accept a 20 percent cut.

“The players will continue to discuss with the ECB the challenging situation faced by the game and society as a whole and will consider how best to support the ECB and both the cricketing and wider community going forward,” Friday s statement added.

World Cup-winning captain Eoin Morgan, asked Wednesday if he would accept a pay cut, said: “I m extremely willing to help where I know it will make a difference…I m open to absolutely everything.”

Meanwhile England women s centrally contracted players, who earn considerably less than their male counterparts, announced Friday they had volunteered a salary reduction for the next three months (April, May and June) in line with their coaches and support staff.