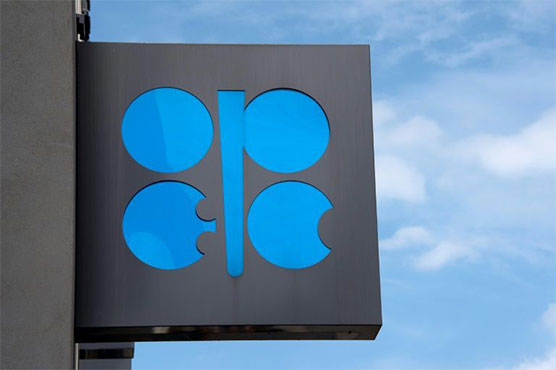 NEW YORK (AFP) – The price of crude oil surged again Friday after OPEC said it would talk to non-members, notably Russia, giving investors hope for an end to a price war which has created market chaos along with crushed demand because of the coronavirus.

OPEC oil producers and their allies will meet Monday via video conference, a source close to the cartel said. And Russian President Vladimir Putin said his country was ready to cooperate with Saudi Arabia and the United States on a production cut.

“There s certainly a lot of optimism that a deal is going to be done,” OANDA analyst Craig Erlam told AFP.

The US economy shed 701,000 jobs in March amid the damage inflicted by the coronavirus shutdowns — several times the market s consensus forecast — while the unemployment rate surged to 4.4 percent, the Labor Department reported.

That sent Wall Street to a sputtering finish, with the Dow losing 1.7 percent and the S&P 500 and Nasdaq posting similar falls.

“The markets are digesting a larger-than-expected drop in March employment, which is likely to worsen on the heels of the past two weeks of spikes in jobless claims that approached the 10 million mark,” analysts at the Charles Schwab brokerage said.

OPEC s move meanwhile sparked fresh speculation of an oil production cut, one day after US President Donald Trump ignited a record crude price rally by hinting that Riyadh and Moscow planned to end their price war with a sharp reduction in output.

According to a Russian source cited by the TASS agency, US officials also have been invited to take part in the meeting.

“It is in all parties interests to agree to a significant cut,” said Michael Hewson, an analyst at CMC Markets.

But even reducing output by 10 million barrels per day “is unlikely to be enough to push prices up much higher from here with demand on the floor,” Hewson cautioned.

Oil prices had plunged this year as the market reeled from the effects of the new coronavirus pandemic, which depressed demand amid a worldwide economic shutdown with WTI shedding around 65 percent of its value in the first quarter.

A price war, triggered last month by Saudi after Moscow refused to tighten oil supply to counteract the sharp drop in demand, added to the bloodbath.

Equity investors remain hostage to uncertainty as they try to gauge the long-term economic impact of the pandemic, which International Monetary Fund chief Kristalina Georgieva said already has plunge the planet into recession.

“You do not need to be an economist or an expert to predict a meaningful recession knocking on the door.”