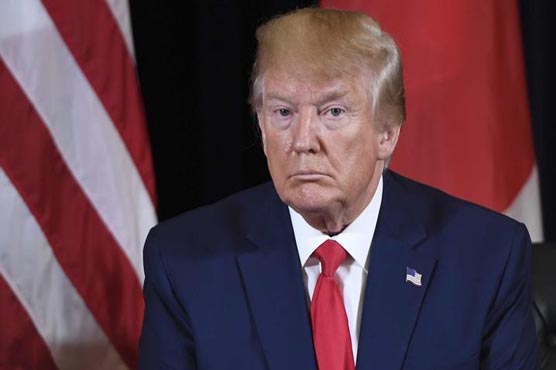 WASHINGTON (AFP) – President Donald Trump announced Friday he was firing a senior intelligence official who had a central role in the complaint last August that sparked the impeachment trial of the US leader.

In a letter to the Senate Intelligence Committee, Trump said he had lost confidence in Michael Atkinson, the independent inspector general of the broad US intelligence community.

Atkinson reviewed and transmitted an anonymous whistle-blower’s complaint in August that alleged that Trump had sought personal political favors from Ukraine in violation of US law.

The complaint became the basis for Trump’s impeachment, which saw him put through a historic trial for removal in the Senate in January.

The president was charged with holding up official military aid to Ukraine in exchange for Kiev helping to smear his expected 2020 election foe, Democrat Joe Biden.

After deciding the complaint had merit, Atkinson, a 55-year-old veteran government attorney, forwarded it to the Justice Department and to Congress, setting off the impeachment investigation.

Atkinson then testified in a closed hearing of the House Intelligence Committee investigating the allegations, at a time when the White House sought to prevent other administration officials from giving evidence.

Ultimately Trump was voted not guilty by the Republican-controlled Senate in early February.

He then embarked on a campaign to force from office a number of officials in the White House, State Department and Pentagon who cooperated with the probe.

Atkinson, who Trump appointed to his post in 2018, was long understood to be in the president’s sights.