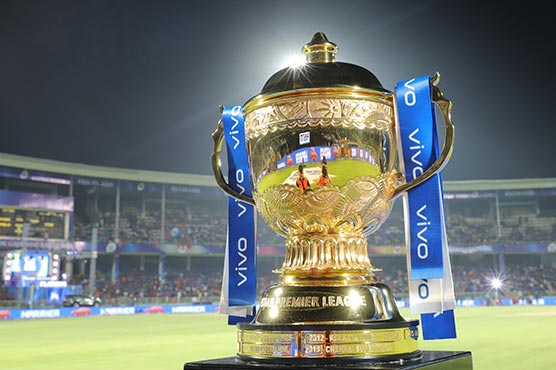 NEW DELHI (AFP) – Players are putting pressure on cricket authorities to plan a shortened Twenty20 Indian Premier League later in the year to “kickstart” the sports economy after the coronavirus lockdown.

The world’s richest cricket tournament has been postponed until April 15, which coincides with the end of India’s 21 day nationwide shutdown to halt the spread of the pandemic.

But with the number of cases and deaths rising and India isolated from international travel, few believe any sport will be possible in the sub-continent for at least three months.

“I do truly believe the IPL should happen. I think every single player around the world is desperate to play the IPL,” he said on Indian broadcaster Star Sports.

Pietersen suggested the eight-team tournament be shortened from its normal eight-week duration and played behind closed doors.

“There could be a way in which to get some money into the franchises, into the economy by having a situation where you use maybe three venues which are completely closed to fans,” said Pietersen.

“And the players can still go out and play the tournament in three weeks or in four weeks.

The league is a huge revenue earner for the Board of Control for Cricket in India (BCCI) and is estimated to generate more than $11 billion for the Indian economy.

“The moment we get clearances from all the authorities that matter, the IPL should happen, only because it will kickstart the economy,” said the cricketer-turned-commentator.

“Because when you talk about the IPL it’s not just about the Mumbai Indians, or a (Mahendra Singh) Dhoni or a Virat Kohli, there are a lot of people who are making their livelihood through the IPL.”

Stokes and Cummins have already voiced their eagerness to participate in the IPL.

Kolkata Knight Riders-contracted Cummins said “everyone’s still really keen for it (IPL) to all go ahead”.

BCCI president Sourav Ganguly has conceded the IPL will be a “truncated” affair if it happens at all.

Spot-fixers should be hanged: Miandad