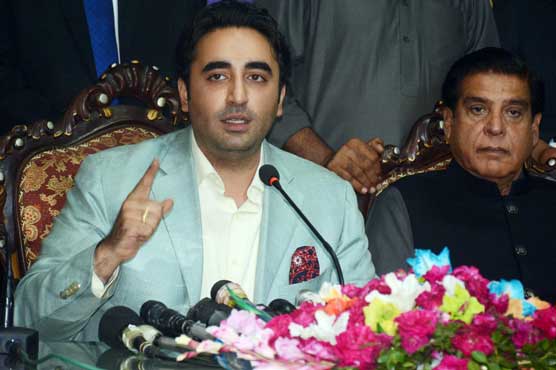 Torture on doctors in Quetta is govt’s ‘hooliganism’: Bilawal

Bilawal Bhutto Zardari strongly condemned the incident and said it is unfair to torture and detain doctors, especially at this time when nation needs them most.

PPP Chairman said that doctors are working on frontline against coronavirus but PTI is detaining and torturing doctors instead of accepting their fair demands.

He went on to say that whole world is praising doctors for their role against COVID19 and on the other hand PTI government is busy in bringing down morale of doctors.

Bilawal also paid tribute to doctors and said that PPP stands with doctors of Quetta.

President for measures to enhance Internet connectivity to facilitate students