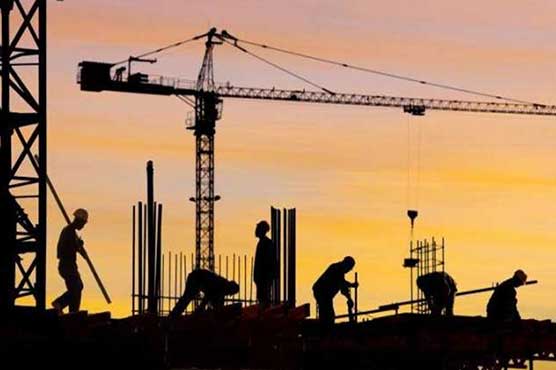 ISLAMABAD (APP) – The Federal government has so far authorized to release Rs 7109.03 million for various ongoing and new projects of Finance Division under its Public Sector Development Programme (PSDP) 2019-20, as against its total allocation of Rs 11834.749 million.

Out of the total, Rs 800 have been authorized to be released for Construction of Sibbi Rakhni Road, out of its total allocations of Rs1000 earmarked for the current fiscal year.

Likewise, another Rs 800 million have been authorized for release to carry out work on Gwadar Development Authority for which Rs1000 were budgeted in the current fiscal year whereas an amount of Rs 800 have been authorized for release for necessary facilities of fresh water treatment, water supply and distribution Gwadar, for which Rs1000 million were earmarked, according to the data released by the Ministry of Planning, Development and Special Initiatives.

The ministry also provided authorization for release of Rs 640 to complete the dualization of road from GT Road (Samma) to Gujrat, for which Rs 800 million were allocated in the current budget.

The ministry also had given approval to release of Rs 408 million for Shaheed Benazir Bhutto Mother and Child Health Care Centre, Nawabshah City out of its total allocations of Rs 408.199.

Out of the total Rs 400 million earmarked for Sea Water Desalination Plant at Gwadar (CPEC), the ministry authorized to release Rs 320 million whereas it had given approval to the releases of Rs 320 for Construction/Upgradation of Dirgi Shabozai Road, Balochistan (Federal Share 60%) for which Rs 400 million have been set aside for the current year.

The minister also had given authorization for releases of Rs 240 million for Expo Center Peshawar, Rs 250 for Establishment of Combined Effluent Treatment Plant (CETP) for Industrial Areas of Karachi including Laying of Interceptor Sewers (33% Federal Share), Rs 313 for Khyber Institute of Child Health & Children Hospital (District Peshawar), Rs 240 million for widening and carpeting of BooniBuzand Torkhow Road Chitral, Rs 240 for dualization of Road from Bahawalpur to Yazman to Chandni Chowk (Length 35.00km) and Rs 263 milloin for Chao Tangi Small Dam.

It is pertinent to mention here that the Federal government has so far authorized release of Rs 467.24 billion for various ongoing and new social sector uplift projects under its Public Sector Development Programme (PSDP) 2019-20, as against the total allocation of Rs 701 billion.

Under its development programme, the government has released an amount of Rs195.6 billion for federal ministries,

Rs 157.7 billion for corporations and Rs 34.2 billion for special areas, according to a latest data released by Ministry of Planning, Development and Reform.