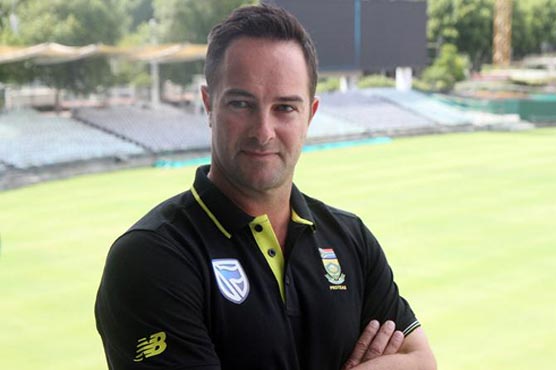 We didn’t perform like we wanted to, Mark Boucher on South African summer

DUBAI (Web Desk) – South Africa head coach Mark Boucher admitted that the results his team achieved over the home summer were not up to the mark, but insisted it’s not all gloomy, International Cricket Council reported.

South Africa didn’t enjoy the best results over the home summer, losing eight out of the 15 completed matches they played across formats against England and Australia. This included a 3-1 loss to England in Tests, the format which Boucher feels South Africa need most work in.They did, however, finish the season on a high, winning each of their three ODIs against a strong Australian side.

Former wicket-keeper batsman Boucher wasn’t too pleased with the results on the whole in his first season as coach, but felt that the clean sweep at the end was a major positive.

“In saying that I think we, as a new coaching staff, we asked some questions and I think we got some answers. Some were good and some were bad.

“The nice thing for me about the whole summer was the light at the end of tunnel, especially in our short formats. I think we have a lot of work to do with our Test cricket still, there’s probably a lot of rebuilding in that respect. We had a couple of injuries as well which didn’t help the cause, but I think the exciting thing for me was more the white-ball cricket and to see the guys grow a bit.”

The ‘exciting thing’ Boucher referred to is the promising performances that were delivered by newcomers such as Anrich Nortje, Lutho Sipamla and Kyle Verreynne over the course of the season. Boucher was pleased because the good showing by the youngsters now means the management has a player pool to work with.

“I’m pleased with quite a few of the youngsters even though it was always going to be difficult. I think one thing that we sort of wanted to do as a coaching staff and management was to give opportunities to guys where we saw that we could maybe rest a couple of the senior players and in a way almost throw them into the deep end and see what they could do.

“I was pleasantly surprised, which left us in a situation towards the back end of the season that was a nice situation to be in when a lot of guys were in good form. There was a lot of confidence. Our selecting was effectively coming from a pool of 20 odd players, which was a lot better than going into a side where you just go, ‘okay, well, these are 11 players that we’re definitely going to play.’ Now we have quite a few options and that is good for South African cricket,” he said.