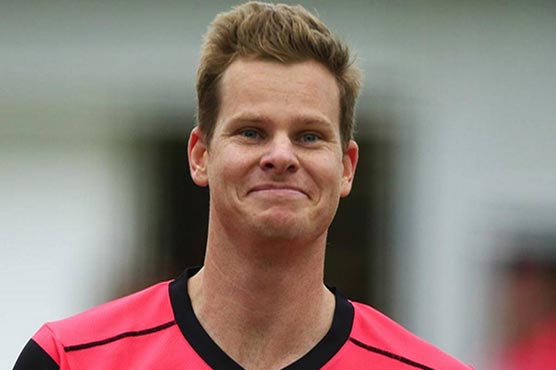 Would love to win a Test series in India: Steve Smith

DUBAI (Web Desk) – Australia batter Steve Smith said playing Test cricket in India is very difficult and he would love to win a Test series against the No.1-ranked side, International Cricket Council reported.

Australia last won a Test series in India in 2004, when Ricky Ponting became the only captain from his country to win a Border-Gavaskar trophy on Indian soil.

“I would love to win a Test series in India,” Smith told New Zealand leg-spinner Ish Sodhi during a podcast organised by their IPL franchise Rajasthan Royals. “I think as an Australian cricketer we talk about Ashes, which is always big, the World Cup is big, but I think now India is the No.1 team in the world and it is a very difficult place to play Test cricket, so I would love to win a series there,” he added.

“Other than that I would not like to set too many goals, but take things day-by-day, series-by-series, just try to improve.”

The 30-year-old also praised India spinner Ravindra Jadeja, whom he finds “very difficult to play” in the subcontinent.

“Jadeja in the sub-continent … why is he so good because, he hits that good length and one ball skids on and one spins, and it just looks all the same out of the hand. I think consistency in length is key and then having at least one variation,” said Smith.

“So, I think for a leg-spinner, having a good googly, or a slider is crucial and for fingers spinners, being able to change the pace without changing the arm speed too much [is important]. I reckon there a few around the world who do that, Jadeja is one of them. He is very difficult to play.”

Smith returned to international cricket last year after serving a year-long ban imposed on him for his role in the ball-tampering incident in the 2018 Cape Town Test. He played in two big assignments after that – the 2019 ICC Men’s Cricket World Cup and the Ashes series.

“It has been a pretty long year with the World Cup and Ashes, a few away one-day tours,” said Smith. “So this rest is not the worst thing but hopefully it is for a few weeks. I am pretty keen to get back to playing.”

Ramiz asks people not to lower guard against coronavirus